Lewis Hamilton: “We’ll turn it around to find the positives and come out fighting tomorrow for the race” 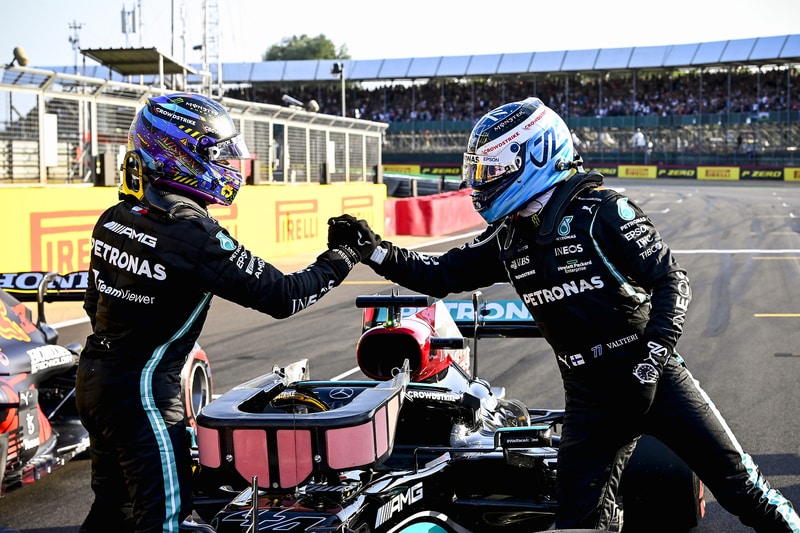 Lewis Hamilton edged Max Verstappen to clinch the top position for the sprint race on Friday. It was an emotion-filled qualification in front of his home crowd after two disappointing races at the Red Bull Ring in Austria. Hamilton had a poor start and Verstappen with a good launch took the lead at the start in the sprint race.

The Dutchman was in control and won the sprint race to take pole position for Sunday’s race. It was a disappointing result for Hamilton. But the Briton will start on the first row and has a chance to make amends in the main race.

Hamilton has lost further ground and is now thirty-three points behind Verstappen in the drivers’ championship. But Hamilton is in a fighting mood and said: “I did everything I could at the start with temperatures and clutch position but I still suffered wheelspin on the line so we’ll dig deep to understand what happened. I think it was great for F1 to try something new and even if the race wasn’t particularly exciting after the first lap for myself, there are definitely learnings we can take from today.

“This season it’s been a struggle with certain elements of the car but we’ve done such a great job to get to the performance level that we had yesterday – Valtteri did a great job too and we’re definitely getting closer. The Red Bull is really difficult to follow on track and from yesterday’s high, it feels like a bit of a down but we’ll turn it around to find the positives and come out fighting tomorrow for the race.”

Valtteri Bottas – “Personally I prefer qualifying to the sprint”

Valtteri Bottas started in third position on a set of soft compound tyres in contrast to the drivers at the sharp end of the grid on the medium compound tyres. It was a gamble to split the strategies between the two Mercedes drivers and put Verstappen under pressure.

Bottas was able to manage his tyres and keep Charles Leclerc at bay and keep his third position for the race Bottas said: “Choosing the Soft tyres, we thought we might have a small advantage at the start but I couldn’t gain any places through the first few corners and from then on, it was important not to kill my tyres because the Softs are much more sensitive than the Mediums. I suffered some blistering but I could manage it well and I’m happy we tried something different.

“It was nice to have another race today, obviously not as meaningful as tomorrow, but I hope the fans enjoyed it, even if personally I prefer qualifying to the sprint. Tomorrow will be an open race, it’s cool that we’ve got free choice of tyre compounds so we’ll see a mix of strategies which should make things interesting.”