McLaren’s James Key: “The weekend has been a learning curve” 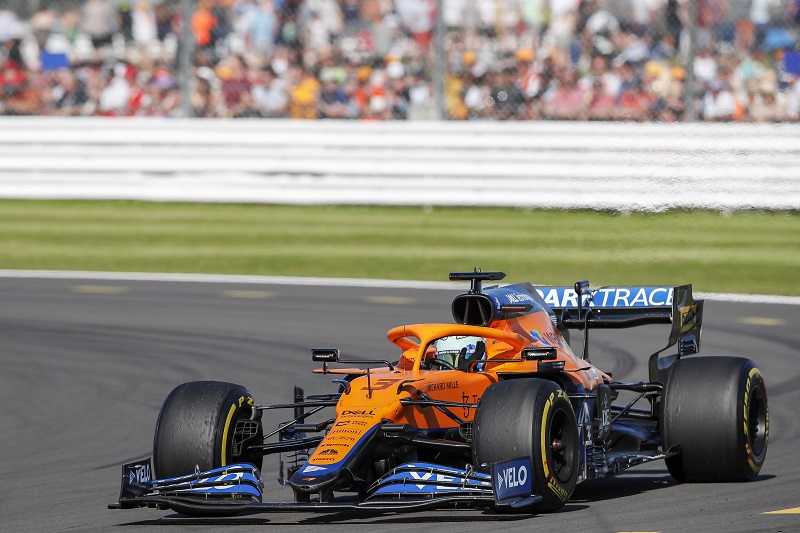 James Key, the Technical Director of the McLaren F1 Team, says everyone at McLaren has enjoyed the challenges posed by the introduction of Sprint Qualifying in Formula 1.

Friday’s running at Silverstone was focused mainly on getting the best out of the car in Qualifying trim, although they had to be aware that parc ferme conditions came into effect earlier than normal, so they could not take their eyes off Saturday’s Sprint Qualifying race nor Sunday’s full-length British Grand Prix.

“The weekend has been a learning curve with a new format based around sprint qualifying, but we’ve enjoyed the fresh challenges this has brought,” said Key.

“Car specification was frozen for yesterday’s qualifying session, with the parc ferme conditions kicking in early this weekend, which left us with higher fuel levels and tyre compound assessment as the main focus for free practice this morning, both in preparation for the sprint quali and tomorrow’s grand prix.”

Key was pleased with how the Sprint Qualifying race unfolded for McLaren, with Lando Norris and Daniel Ricciardo both moving up a spot from where they qualified on Friday evening.

Norris passed Red Bull Racing’s Sergio Pérez at the start and was able to pass the fast-starting Fernando Alonso (Alpine F1 Team) for fifth on lap six, while Daniel Ricciardo was also able to pass both drivers to claim sixth.

“The sprint race itself went well for us, with a great performance from our drivers, who both regained a position after getting past the fast-starting Alonso, although this stopped us from making any further progress in the time left,” said Key.

“However, we’re placed fifth and sixth on the grid for the race tomorrow and this gives us a good opportunity for some decent points.

“It’s been an interesting weekend so far – the new format certainly adds new elements and a different approach to what we’ve been used to. Being able to push the car for seventeen laps flat this afternoon certainly generated a lot of close racing and I think it worked well.

“It’s great to see so many fans here at Silverstone – always a strong point of this race – and we look forward to seeing the same again tomorrow.”