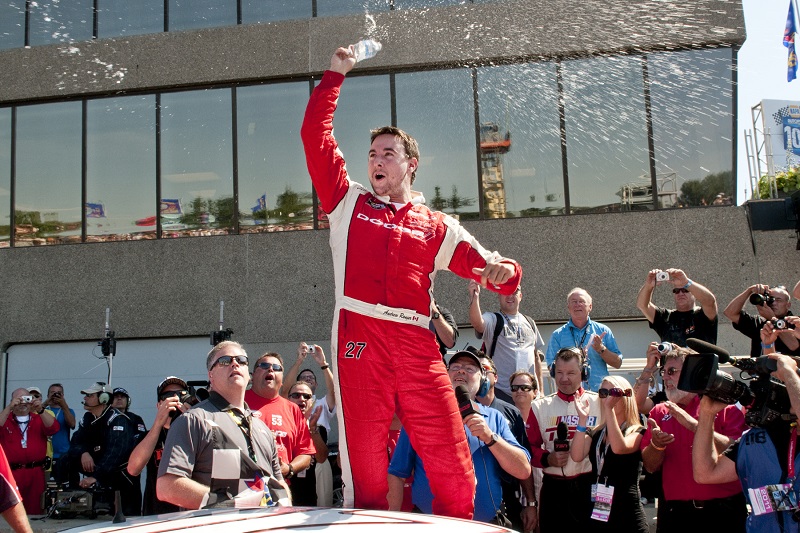 Rick Ware Racing‘s presence in the motorsport world knows no bounds, and it only continues to grow as the team announced Thursday that it will expand into Canada, where it will field the #51 in the NASCAR Pinty’s Series. Andrew Ranger, the 2019 series champion, will drive the car in addition to making his first Xfinity Series start since 2013 at New Hampshire Motor Speedway.

A three-time Pinty’s Series champion, Ranger has twenty-eight career wins including four in 2019 en route to the third title. He skipped the 2020 season due to the COVID-19 pandemic.

“I am very excited to be back in the Pinty’s Series racing for a championship again with Rick Ware Racing,” said Ranger. “I sat out last year because of COVID, and can’t wait to get back to my winning ways this year. I look forward to working with Rick and his team and making this a successful year.”

On the other side of the border, the Quebec native has also competed in all three NASCAR national series. Ranger made seventeen Xfinity starts between 2008 and 2013, primarily as a road course ringer, and scored two top tens with a best finish of third at Montreal in 2009. Seven such starts came on ovals, and he finished twenty-eighth in his lone run at New Hampshire in 2011 (where he won in the Pinty’s Series in 2019). His last Xfinity start was sixteenth at Mid-Ohio in 2013.

Ranger has also competed in the Cup and Camping World Truck Series. He finished thirty-fifth in his lone start in the former at Watkins Glen in 2011, while the latter featured a fifth at Canadian Tire Motorsport Park in 2014.

RWR fields cars in the Cup and Xfinity Series, and also operates in the NTT IndyCar Series, IMSA, and previously the Asian Le Mans Series and motocross. Ranger’s Xfinity return will come in the #17, which is fielded in partnership with SS-Green Light Racing and is currently twenty-third in owner points.

“When the opportunity arose to partner with Andrew in the Pinty’s Series, it was a total no-brainer,” Ware stated. “We want to continue to expand our racing programmes to multiple disciplines across the world. Andrew is a world class driver, and we look forward to competing at the highest level for the Pinty’s Series championship.”

The team will not be the first Cup organisation to race in the Pinty’s Series. Go Fas Racing, who last competed full-time in Cup in 2020, fielded a car in the Canadian division in 2016 and 2017, and won the 2017 title with current Xfinity racer Alex Labbé.