“Silverstone in general is a very interesting track” – Mick Schumacher 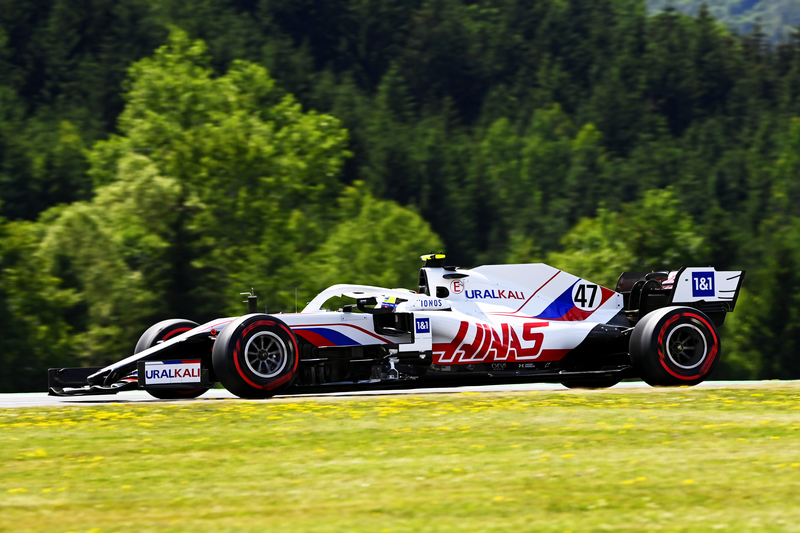 After a week away, both Uralkali Haas F1 Team drivers Mick Schumacher and Nikita Mazepin are looking forward to this weekends British Grand Prix and the brand new sprint race!

Mick Schumacher goes into this weekends British Grand Prix having had a weekend off after the first triple-header of the season, one which showed that Schumacher is making significant strides in the right direction. The German rookie is feeling very positive after the triple-header.

“Mentally and physically I feel great. I was really happy about the triple-header – it’s been great getting to spend so much time with the team. We’ve played football, gone cycling and had a BBQ together. We’ve been getting to do all the things which I would usually be able to do if we hadn’t had COVID. With the pandemic, it’s very restricted how I can get to England, so I’ve got to spend the time I would usually do, here, and that’s been great for us.“

The Silverstone Circuit is one which Schumacher knows well having won at the circuit in the past. Schumacher won at Silverstone in 2018 whilst racing in European Formula 3, he also came second in the Formula 2 sprint race at the circuit last year, narrowly beaten by fellow Formula 1 rookie Yuki Tsunoda. It’s a track he has always enjoyed especially with the incredible atmosphere.

“Silverstone in general is a very interesting track. There’s lots of high-speed places but also it’s a very technical track with the last chicane, so racing is very difficult. We have long corners which makes it difficult to follow, but I’ve always enjoyed going to Silverstone. The fans are great but also the track and the history of it is amazing, so I’m really looking forward to it.”

The tenth round of the championship also marks a significant event, with the British Grand Prix being one of three races this season which will see qualifying on Friday and a 100km sprint race on Saturday to determine the grid for Sunday’s main race. Schumacher thinks that it will be an interesting occasion and that he will have to approach this weekend differently.

“I think that with the new qualifying format, we will definitely need to approach the weekend differently. We only have one free practice session to set-up the car how we want it to be for the whole weekend. In FP2 we will try and learn something for the main event, but it will definitely be very different, it’s going to be interesting.”

“I can only imagine what racing in front of 140,000 fans in Formula One can be!” – Nikita Mazepin

Nikita Mazepin like his team-mate, goes into this weekend at a venue where he has made a trip to the top step of the podium before, Mazepin took his first Formula 2 win at Silverstone last season.

This weekend will also see a full capacity crowd with Silverstone being allowed to fully open its gates for the weekend, in what will be the highest attendance at a sporting event in England since the coronavirus. Mazepin can’t wait to drive in front of so many people and in similar fashion to Schumacher, the Russian is looking forward to the new weekend format.

“I can only imagine what racing in front of 140,000 fans in Formula 1 can be! I’m really looking forward to getting out there and feel the emotion and atmosphere on a race track like Silverstone.”

I’m not sure what to expect from the Sprint Qualifying format. I think Formula 1 has kept the same format for quite a few years and it will be nice to get a new format to try out at Silverstone. I think with the current tyres you need to plan the amount of laps you’re going to be doing on them. Hopefully we can push flat out for the whole time as normally we do not get to do that. Potentially, every lap will be like a qualifying lap for that short period of time.”