Williams’ Dave Robson: “There is still a long way to go this weekend” 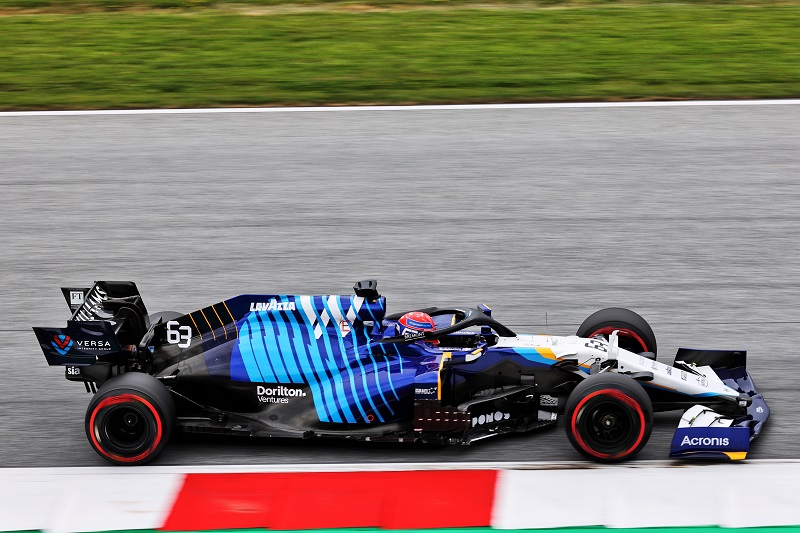 Dave Robson, the Head of Vehicle Performance at Williams Racing, admitted that the team thought it was going to be difficult to qualify higher for the Austrian Grand Prix than they did in the Styrian Grand Prix last weekend, but George Russell not only achieved that, he did so on the medium compound of Pirelli tyre.

Last weekend, Russell qualified eleventh on the grid, missing out on the top ten by a very narrow margin, but this time the margin was in his favour, with the Briton 0.006 seconds faster than Scuderia Ferrari’s Carlos Sainz Jr. as he made it into the top ten shootout for the first time as a Williams driver.

In Q3, Russell went onto qualify ninth – which became eighth after Sebastian Vettel was given a post-session grid penalty – and Robson says it was an excellent performance by driver and team to get this high up the grid.

“We thought that bettering our qualifying result of last week might be difficult, especially given how tricky it can be on this short track,” said Robson.  “However, George – aided by the entire team – produced an excellent performance to not only make it to Q3, but to do so on the Medium tyre.

“There is still a long way to go this weekend, but we can afford a moment of contentment before we move on to the serious business of the race tomorrow.”

Team-mate Nicholas Latifi was unable to get out of Q1 and will start the Austrian Grand Prix from eighteenth on the grid, but Robson says the Canadian will be in a good position to make moves forward on race day.

“Having looked at some different set-up directions yesterday, Nicholas settled on a good compromise for today and, but for some traffic, was looking strong in FP3,” said Robson.  “He completed an aggressive strategy in Q1, and his first run was strong.

“Unfortunately, he couldn’t quite track the pace progression that George found and when the gaps are so small, those fine margins are crucial. He starts the race from eighteenth place but is in a good position to attack the cars ahead.”

By Nick Golding
1 Mins read
It was not the home grand prix Aston Martin were hoping for with Lance Stroll being the only Aston Martin in the points in eighth after Sebastian Vettel was forced to retire.
Formula 1

By Nick Golding
2 Mins read
Lance Stroll was the star driver for Aston Martin at the British Grand Prix, after making up six places from his starting spot to finish in eighth. Sebastian Vettel retired with cooling issues.
Formula 1

"It was a very well-managed race" - Alpine's Marcin Budkowski

By Nick Golding
1 Mins read
The Alpine F1 Team had a much needed double points finish at the British Grand Prix, after Fernando Alonso and Esteban Ocon finished seventh and ninth respectively.