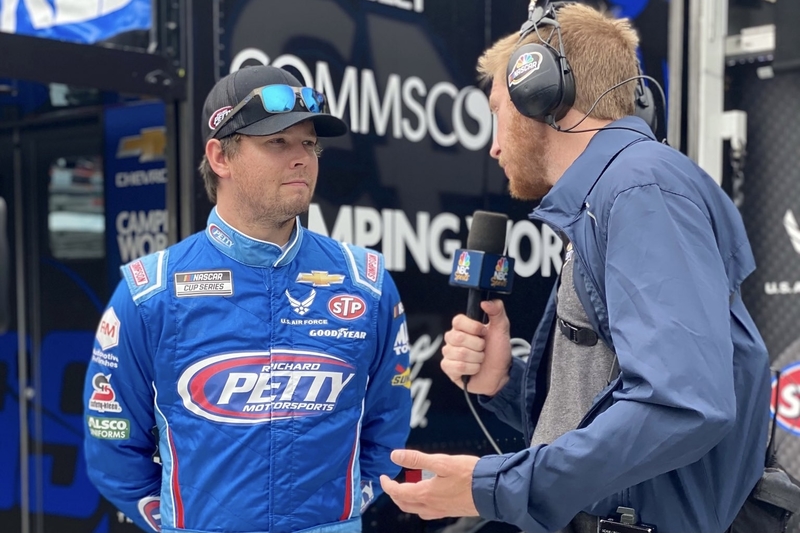 When the NASCAR Xfinity Series season resumes on Saturday at Watkins Glen International, Jordan Anderson Racing will enlist the services of Cup Series driver Erik Jones. On Monday, the team announced Jones will drive the #31 Chevrolet Camaro in his first Xfinity start since 2019.

Jones has seventy-seven career Xfinity starts between 2014 and 2017 for Joe Gibbs Racing, scoring nine wins and making the Championship Round in 2016. He returned to the series for the 2019 Bristol summer race for the now-defunct XCI Racing, but finished thirty-seventh after a crash.

The WGI race will be Jones’ first at the Xfinity level in a Chevrolet after spending much of his career in all three national series with Toyota. He moved to the Bowtie for 2021 with Richard Petty Motorsports, and he currently sits twenty-fifth in Cup points with two top tens and a best finish of ninth at Bristol Dirt.

In two Xfinity starts at WGI, his best finish is eighth in 2017; it was his second top ten on a road course after a sixth at Mid-Ohio in 2016. His lone national series road win came at Mosport during his 2015 Camping World Truck Series championship campaign. Although he has not won on such tracks since, he has never finished outside the top ten in three Cup tries at The Glen, including a highest run of fourth in the most recent edition in 2019.

“I am thankful for the opportunity to join a JAR lineup of some very talented drivers,” said Jones. “It will be great to return to the Xfinity Series behind the wheel of the #31 Camaro at Watkins Glen. With my past experience there I am hopeful we will be able to garner a great finish.”

Currently in its first season of Xfinity competition, JAR fields the #31 for a multitude of drivers like team owner Jordan Anderson, Tyler Reddick, Josh Berry, and Kaz Grala. Sage Karam will drive the car at the next road course event in Indianapolis. Reddick, also a Cup regular, holds the car’s best finish of fifth at Charlotte and it is thirty-second in the owner standings.

“Erik is a very talented driver and one that can immediately jump in and make a positive impact, bringing a wealth of knowledge and depth to the team,” commented Anderson.

“To have another Cup driver, who has been successful at every level he has been in, get behind the wheel of one our JAR race cars will help us continue to build our program for the future. My first full season competing in the Truck Series was Erik’s first full season as well, as he went on to win the championship that year, so it is pretty exciting to see things come full circle for us to have the opportunity to work together.”