Ferrari’s Mattia Binotto: “We must concentrate on the next race in Zandvoort” 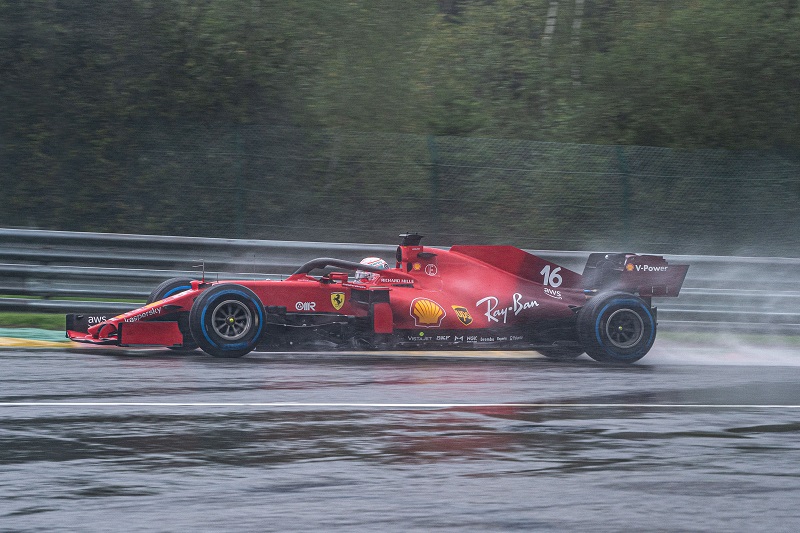 Scuderia Ferrari were one of only two teams to score points with both drivers during Sunday’s farcical Belgian Grand Prix, but Team Principal Mattia Binotto admits it was not the best of weekends for the Italian marque.

Ferrari appeared to struggle for performance throughout the weekend at Spa-Francorchamps, and this was obvious when Charles Leclerc and Carlos Sainz Jr. were both eliminated in Q2 on Saturday afternoon.  Leclerc ultimately moved up to ninth after penalties for both Valtteri Bottas and Lando Norris, while Sainz started eleventh.

When Sergio Pérez crashed on the way to the initial grid, both drivers moved up a further place, but without any green flag running and a very short race held purely behind the safety car, Leclerc ended eighth and Sainz tenth.  Leclerc scored two points for that, while Sainz scored only half a point as the race did not go to the minimum seventy-five per cent of the race distance to earn full points.

Binotto says it is important for Ferrari to fight back strongly this coming weekend at the Circuit Zandvoort as they look to reclaim third place in the Constructors’ Championship having lost the position to the McLaren F1 Team in Belgium.

“First of all, I’d like to thank all the spectators who stayed to the very end at the track, hoping to see what should have been an uncertain and spectacular race,” said Binotto.  “The Race Director did everything he could to try and get the Grand Prix underway, but conditions were never good enough to do so without jeopardising the safety of the drivers and those working trackside.

“The final result was thus determined from the starting grid positions, which means we come away with two points finishes.  Up until yesterday, our weekend had not gone particularly well, but it’s a shame that we never got to see how things might have gone in a race where anything could have happened.

“Now we must concentrate on the next race in Zandvoort, a historic circuit which makes its return to the championship calendar after a very long absence.”