Pierre Gasly: “The result in Budapest was the best way to end the first half of the season” 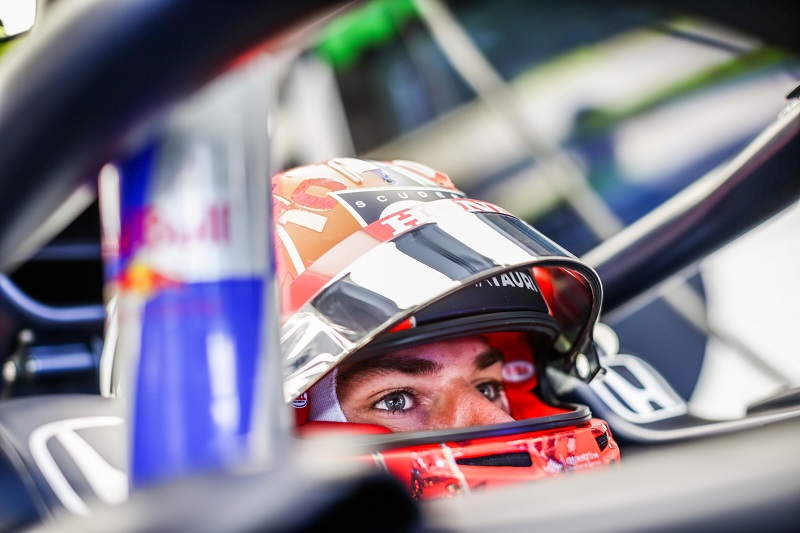 Pierre Gasly says taking a positive result in the Hungarian Grand Prix was the best way to go into the summer break, although on reflection he acknowledges he was out of luck at the Hungaroring, at least at the start.

The Scuderia AlphaTauri Honda driver qualified an excellent fifth on the grid in Hungary, but this meant he was forced to take avoiding action around the chaos ahead of him at turn one that left him trailing towards the back of the pack.

Gasly recovered to finish fifth – with the added bonus of taking an extra point by setting the fastest lap – and it meant he could go into the break happy to be eighth in the standings.

“As a driver you can reflect on your last race result until it is time to get back on track,” said Gasly.  “So, the result in Budapest was the best way to end the first half of the season, as I could enjoy it through the summer break.

“We had a really good Qualifying, fifth fastest, so first of the “rest” behind the top two teams. In the race, once again I was out of luck, dropping back to avoid the chaos at the first corner. It meant we couldn’t really make the most of our Qualifying performance.

“But we fought back from almost last, a great fight up the order to finish fifth. Scoring points with both cars was important and, for me, going into the break lying eighth in the Drivers’ classification was also a very satisfying achievement.”

Formula 1 returns this weekend at the legendary Spa-Francorchamps in Belgium, and for Gasly there will always be mixed emotions returning to the track.

Gasly has experienced many highs at the track – he took his first single-seater victory at Spa – but also many lows, with the lowest being the crash that tragically took the life of his friend Anthoine Hubert in a FIA Formula 2 race back in 2019.

“Going back to Spa is a nice way to start racing again,” said the Frenchman.  “Spa is one my favourite tracks, I love it and I have always done well here. I particularly remember it was here that I took my first ever win in a single-seater.

“So, a lot of good souvenirs, even if we can never forget 2019 and the emotions linked to Anthoine (Hubert).”

Gasly says the track in Belgium often produces good racing, and he hopes to be able to continue his good form in the first race of three on consecutive weekends.

“The track layout is incredible and usually produces good racing,” said Gasly.  “I hope we can start this second part of the season, continuing where we left off in Hungary, after an enjoyable summer break, being fully recharged for the very busy time that lies ahead, especially the triple-headers.”

“There were lots of ups and downs” – Yuki Tsunoda

Team-mate Yuki Tsunoda has had an up-and-down rookie season to date, with many incidents in between good results.  However, he went into the summer break on the back of his best finish of the season after taking sixth place in Hungary.

Tsunoda says he has experienced many things he was not expecting since stepping up into Formula 1 this season, but he knows the consistency has not been there, particularly with his team-mate being thirty-two points clear of the Japanese racer after the first eleven races.

“The first half of the season overall was really interesting and enjoyable, many things about it were unexpected for me,” said Tsunoda.  “It did not really match with what I had thought it might be like before the season started.

“There were lots of ups and downs and at times my performance was very inconsistent. But overall, I am quite happy because I managed to score points, helping Scuderia AlphaTauri to be the only team to score points in every race so far this year.

“We need to keep that going now as we start the second half of the year!”

Tsunoda says he has a few good memories of Spa-Francorchamps, particularly winning the Formula 2 Feature race from pole position in 2020.  He is looking forward to experiencing the circuit for the first time in a Formula 1 car this weekend.

“It’s great that we start racing again at Spa, because I have very good memories from this track,” he said.  “Last year in Formula 2, I won the Feature Race starting from pole position and the year before that in Formula 3, it was here that I got my first podium in the category.

“I like the track, so I am looking forward to it and I think it will be one of the circuits that will feel extra special in a Formula 1 car for the first time, it will be an especially interesting experience to see how an F1 car goes through Eau Rouge.”

"There was no time to experiment" - Fernando Alonso

By Nick Golding
2 Mins read
Fernando Alonso qualified sixth with Esteban Ocon tenth at the Russian Grand Prix, as Alpine get both cars into final qualifying for the fifth time this season.
Formula 1

"Not what you expect from a champion" - Lewis Hamilton

By Nick Golding
2 Mins read
Hamilton and Bottas to start fourth and seventh after throwing away front row lock-out at the Russian Grand prix after late tyre switch. Hamilton’s pole hopes were ended after hitting the barrier on pit-lane entry in crazy qualifying.
Formula 1

"We're riding a wave at the moment" - George Russell

By Nick Golding
2 Mins read
Mr Saturday George Russell did it yet again! The British driver qualified in third place for the Russian Grand Prix in dramatic mixed conditions qualifying.