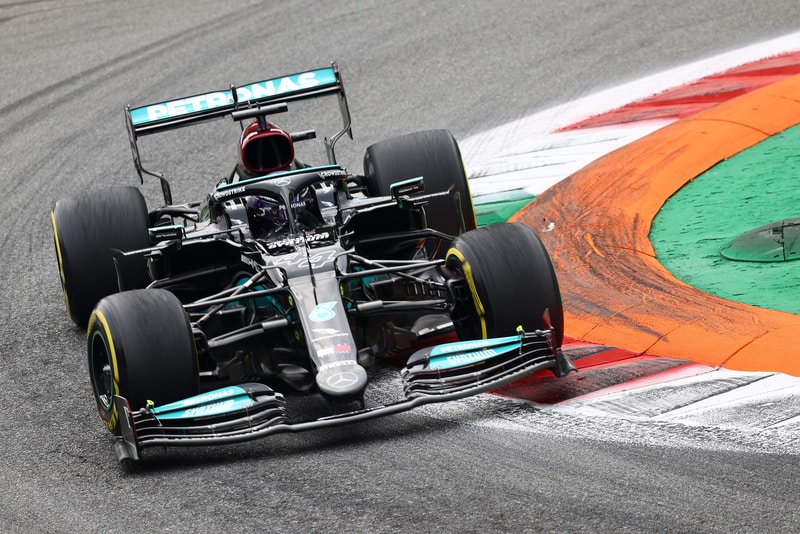 Bottas was awarded three points for the win. Verstappen clinched two points to extend his lead over Lewis Hamilton. Ricciardo took one point for third position.

Bottas will start the race at the back of the grid after penalties for new power unit components. So Verstappen will start on pole position with Ricciardo on the front row.

Norris and Hamilton will start on the second row. The loss of positions for Hamilton on the starting grid for the race on Sunday and the positions gained by Verstappen is a serious blow to the Briton in the drivers’ championship.

The eighteen lap sprint race to decide the starting grid for the race started under hot conditions with the air temperature at 28 degrees C and the track temperature at 43 degrees C.

Bottas started in first position with Hamilton on the front row. Verstappen and Lando Norris started on the second row. Daniel Ricciardo and Pierre Gasly started on the third row with both Ferrari drivers behind them.

The Mercedes drivers and Verstappen started on the medium compound tyres and the two McLaren drivers were on the soft compound tyres.

Hamilton made a poor start and dropped to fifth behind Verstappen, Ricciardo and Norris. Gasly as he was trying to pass Hamilton clipped Ricciardo in front and lost his front-wing and went into the barriers.

The Safety Car (SC) was deployed and Gasly was out of the race. In the pack behind, Yuki Tsunoda and Robert Kubica tangled and Tsunoda pitted to change his front wing.

Lance Stroll gained places at the start and was in ninth position even as Sergio Pérez fell to tenth position.

The Mexican was in an almighty squabble with Stroll and overtook from outside the track and was asked to give the place back. Finally Pérez overtook Stroll again for ninth position.

Hamilton was within DRS-range of Norris lap after lap, but could not overtake the young Briton and had to be content with fifth position.

Bottas won the Sprint Qualifying but the Finn has to start from the back of the grid for the race on Sunday.