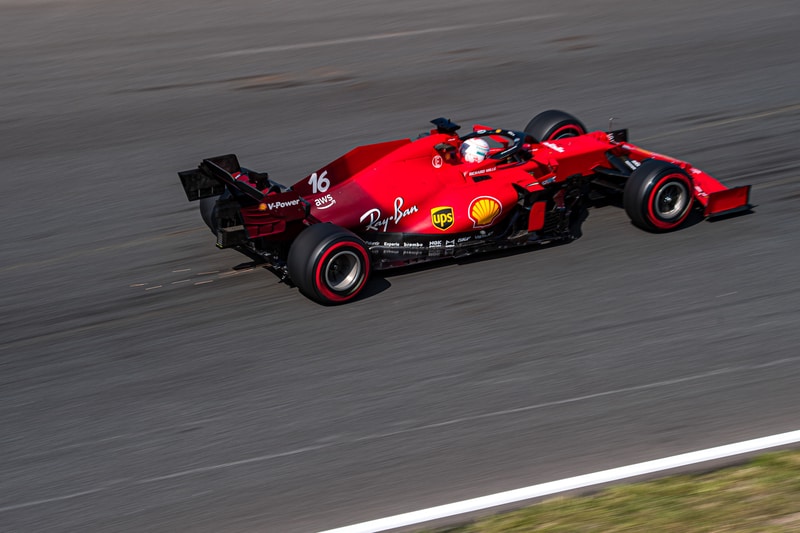 Charles Leclerc led the way at the 2021 Dutch Grand Prix at the Zandvoort circuit in the Netherlands in the second free practice session (FP2).

Carlos Sainz was 0.154 seconds behind in second position. Esteban Ocon was in third position at the end of the session.

The stands were filled with the orange-clad Dutch fans cheering their local hero Max Verstappen.

The sixty-minute long free practice session started again under clear skies in hotter conditions with the air temperature at 20 degrees C and the track temperature at 35 degrees C.

Valtteri Bottas topped the time charts in the first set of runs ahead of his team-mate Lewis Hamilton. But Hamilton ground to a halt on the track with a power unit issue.

After an eight-minute stoppage the session restarted. With Hamilton out of action, Bottas went out early on the soft compound tyres for his qualification simulation.

Bottas improved on his time and was just 0.058 seconds behind Ocon. Verstappen on his flying lap was interrupted by Nikita Mazepin’s spin that brought out the red flags again.

The session was restarted quickly and Verstappen took third position with a lap time of 1m11.264s.

With under twenty minutes to go, the Ferrari drivers took over the top two positions. Leclerc with a lap time of 1m10.902s topped the session. Team-mate Sainz was in second position 0.154 seconds behind Leclerc.

Soon the drivers started race simulation on the soft compound tyres with Verstappen setting the pace.

The Ferrari drivers ended the session in the top two positions. Ocon finished in third position with team-mate Fernando Alonso in sixth position.

The teams and drivers will pour over the data collected in the two sessions on Friday to finalize setup changes for Saturday. On this new track, a few surprises are on the cards.