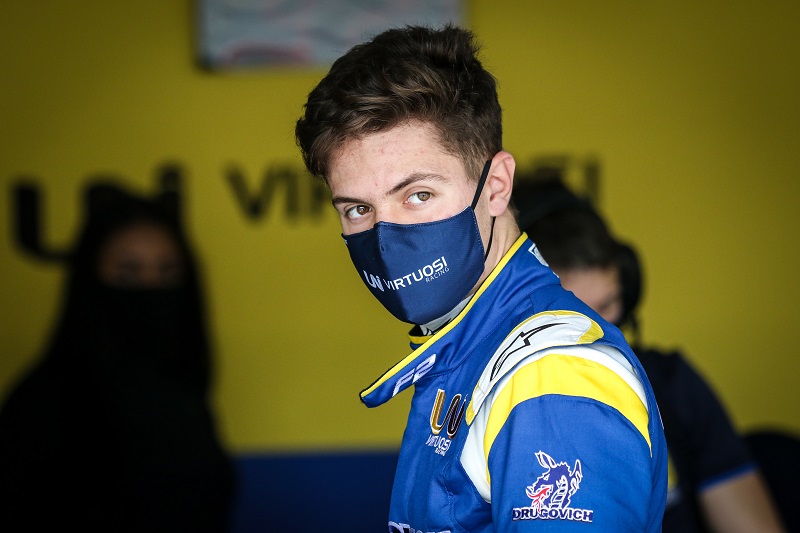 Felipe Drugovich hopes the rule change surrounding the usage of young drivers in free practice sessions in Formula 1 opens the door for him, with the Brazilian eager for his first taste of Formula 1 machinery.

The FIA Formula 2 racer is unattached to a Formula 1 team at present, with the Brazilian one of the highest rated stars in the category without being part of a young driver programme.

His team-mate at Uni-Virtuosi, Guanyu Zhou, is a member of the Alpine Academy, as is current Formula 2 championship leader Oscar Piastri and Christian Lundgaard, while the likes of Robert Shwartzman (Ferrari Driver Academy), Jehan Daruvala, Liam Lawson and Jüri Vips (all Red Bull Junior Team), and Théo Pourchaire (Sauber Junior Team) all find themselves with links to Formula 1 teams.

Drugovich is a three-time race winner in Formula 2 but remains without a young driver programme to his name, but the regulation changes that mandates Formula 1 teams using rookie drivers in a handful of free practice sessions for next year gives him hope that he can get some seat time in a Formula 1 car for the first time.

“I think it really helps, first of all to get more mileage in F1 cars, but also my first mileage in F1 because I have not driven in an F1 yet,” Drugovich is quoted as saying by Motorsport.com.

“I think that will happen with some people and obviously that becomes a chance for drivers that cannot show their speed in any other way in the F2 championship, so they can express that directly into a team.

“I think it is a good opportunity and hopefully I can get some opportunities next year.”