Ferrari’s Mattia Binotto: “That was a very intense and difficult race today” 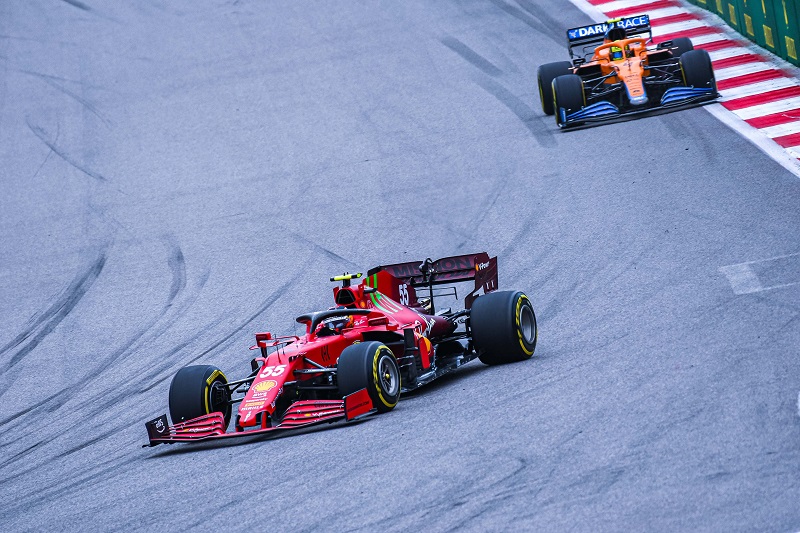 Mattia Binotto, the Team Principal at Scuderia Ferrari, was pleased to see Carlos Sainz Jr. secure a podium finish in the Russian Grand Prix on Sunday, although he was disappointed that the late-race rain prevented Charles Leclerc from scoring points.

Sainz led the early laps at the Sochi Autodrom, but early tyre graining saw him fall behind McLaren F1 Team’s Lando Norris, and an early pit stop had appeared to have put paid to his chance of a top result.  However, the rain came, and a perfectly timed pit stop saw him grab third place.

Leclerc was a man on a mission early on after starting on the back row of the grid, and at the end of lap one he was running twelfth.  He was in contention for points all day long only to lose out in the shuffle at the end after gambling on running longer on slicks despite the rain continuing to fall.

“That was a very intense and difficult race today, which ended with one of our drivers on the podium,” said Binotto.  “Carlos had a great weekend, both yesterday in qualifying and today in the race and third place is a nice reward for all the hard work.

“Charles leaves empty handed at the end of a weekend which started on the back foot because of the penalty, but today he once again proved just how talented he is. He made a great start, had really strong race pace and showed the right amount of aggression for the overtaking moves.”

Although Binotto was delighted with the podium for Sainz, he was disappointed that the pit stops and tyre management was not at the level expected by Ferrari, and as such they will be going away to learn what they can do better in the future.

“We know that as a team we must always try and improve in every area. Here, we introduced an update to the hybrid system for the power unit, which worked the way we had expected and produced a little bit more performance,” he said.

“However, we were not perfect in other areas, for example the pit stops and tyre management with Charles in those final chaotic moments of the race, whereas with Carlos everything went according to plan and we will build on the experience gained today.”

Carlos Sainz Jr.: “A good quali and a strong race where I gave absolutely everything”

By Paul Hensby
3 Mins read
Carlos Sainz Jr. took a well-earned podium finish in the Russian Grand Prix after pitting at the right time for intermediate tyres as the rain began to fall in Sochi.
Formula 1

Red Bull’s Christian Horner: “It’s such a tough call knowing whether to pit or not”

Max Verstappen: “We made a great decision with the timing and took the right lap to pit”

By Paul Hensby
3 Mins read
Late rain in Russia enabled Max Verstappen to jump from seventh to second and claim a podium despite the Red Bull driver starting twentieth and last.