George Russell: “I feel rested and recovered after the recent triple-header” 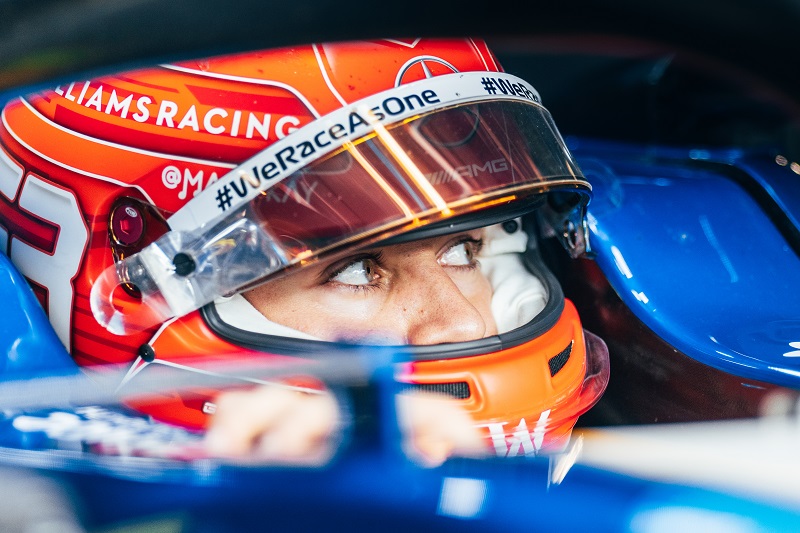 George Russell says he feels rested and recovered after a week off away from the racetrack after the resumption of the Formula 1 season following the summer break saw a run of three consecutive races in three weekends.

Heading into the Russian Grand Prix this weekend, Russell is on a run of three top ten finishes in four races, and he is eager to break into the top ten once more at the Sochi Autodrom.

The Williams Racing driver is eyeing up another strong result around what he feels is a demanding circuit for both man and machine, with the Mercedes-AMG Petronas Formula One Team-bound racer looking to score points again on Sunday.

“I feel rested and recovered after the recent triple-header and ready to go back racing once again in Russia,” said Russell.  “It’s a demanding track with some tricky sections along with some fast corners which make it a challenge for both the driver and the car.

“The Olympic Park in Sochi is also a unique location to go racing and rushing past some of the venues for the Winter Olympics makes for a spectacular backdrop.

“Following some strong results in recent races, including three points finishes in the last four races, we will be pushing hard as a team to carry that momentum into this weekend.”

“I’ll be looking to maintain the positive momentum” – Nicholas Latifi

Team-mate Nicholas Latifi was close to scoring points himself for a third time in Italy, and he is looking to maintain the positive momentum the team has built up in recent weeks this weekend.

The Canadian secured his maiden top ten finish in the Hungarian Grand Prix thanks to a seventh-place finish, and he followed that up with a ninth in Belgium.  Two weeks ago in Italy, he ended up eleventh, only missing the top ten by three seconds.

Latifi says the Sochi layout can have its difficulties, particularly when it comes to getting into a rhythm, but the Canadian is looking to fight towards the front of the midfield and perhaps bring home another top finish for Williams.

“Russia is an interesting and unique track which gives a street circuit vibe,” said Latifi.  “It has a lot of similar corners so it’s very important to get the car set-up dialled in to suit the series of 90-degree turns, and they can sometimes make it difficult to get in a rhythm. The last sector is also very technical, so you can win or lose a lot of time there.

“We’ve had some strong races recently, so I’ll be looking to maintain the positive momentum and make the most of any opportunities that present themselves in Sochi.”

Lance Stroll: “All things considered, ninth was the maximum we could achieve”

AlphaTauri’s Franz Tost: “We have had quite a successful weekend here in Turkey”

By Paul Hensby
2 Mins read
AlphaTauri closed the gap on Alpine in their battle for fifth place in the Constructors’ Championship in Turkey thanks to Pierre Gasly’s sixth place finish.