“I was hoping for maybe a secret Q2 appearance” – Mick Schumacher 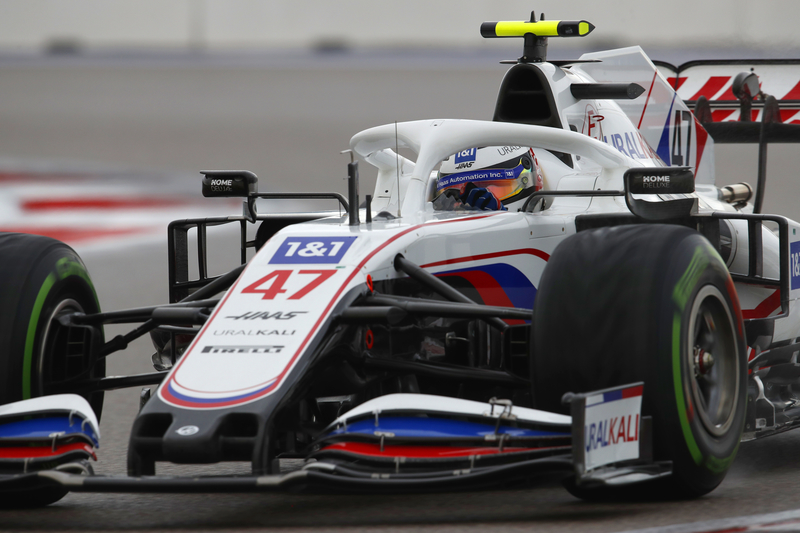 With conditions being very damp at the Sochi Autodrom, there was always the possibility of a few surprises in qualifying, for Haas however it was business as usual with both drivers out in Qualifying One.

Schumacher did well however to split the Alfa Romeo’s in challenging conditions, and will actually start the race from fifteenth on the grid due to drivers ahead having penalties. In the end it was a good Saturday for the German who was hoping to sneak into Qualifying Two.

“I was hoping for maybe a secret Q2 appearance, that would’ve been great. The lap felt ok – I think there were maybe a few mistakes – maybe two or three tenths in it, but that wouldn’t have been enough to go to Q2, but at least we’re close. A bit frustrated but very happy on the other side and I think we as a team did a great job.

“I love it, they’re the best conditions honestly. You get thrown into the cold water and essentially if you’re the fastest to find your way around the track, you will be the fastest on track. I’ve always enjoyed it, even in the past and hopefully we’ll have some rain tomorrow.”

Nikita Mazepin struggled massively in the wet conditions in front of his home crowd, the Russian was well off the pace in nineteenth. The only reason Mazepin wasn’t twentieth is because Max Verstappen failed to set a lap time. Due to drivers having penalties Mazepin will start seventeenth.

Mazepin found it difficult on the wet track and found it tough to drive, come rain or shine on Sunday though Mazepin says he is ready.

“Overall, the session was going good. I wasn’t quite sure what we were going to do because I felt like the tires needed quite a lot of laps versus what I felt at Spa. I finally got the balance right, set the steering wheel settings right, got the temperatures in the window to get comfortable, did a decent lap and then we boxed. I was just really struggling out there.

“That one lap, I felt that the track wasn’t quite dry enough to get the tyres going but nevertheless the position isn’t really that different to what it could have been, but it felt pretty tough to drive. We don’t know what the weather’s going to do but I think we’re ready for dry and wet conditions, so we’ll just have to see what’s going to happen.”

"We were just on the edge all the time" - Kimi Räikkönen

"I stayed out on just one set of tyres" - Pierre Gasly

By Nick Golding
2 Mins read
Pierre Gasly failed to make Qualifying Three for only the third time this season and starts the Russian Grand Prix from twelfth, Yuki Tsunoda to start just behind in thirteenth.
Formula 1

By Nick Golding
2 Mins read
Sergio Pérez to start the Russian Grand Prix from a disappointing ninth place, whilst championship leader Max Verstappen failed to set a lap-time after already starting from the back of the grid.