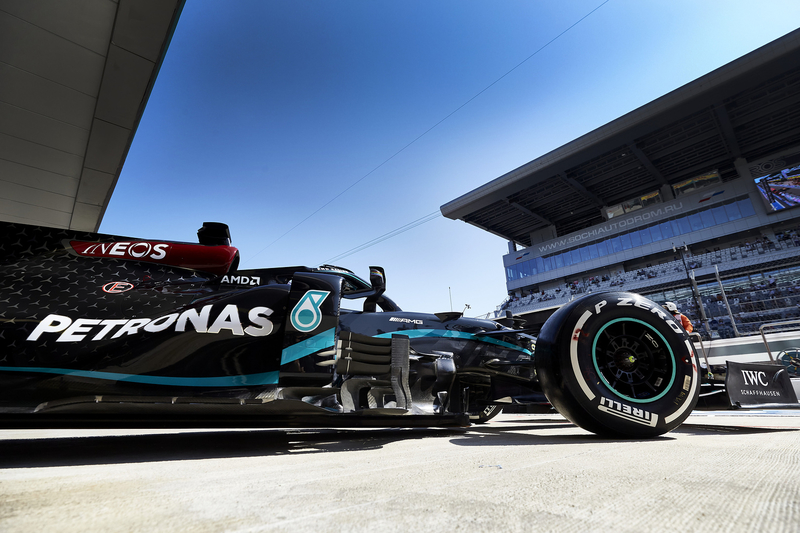 The FIA Formula One World Championship is back this weekend for round fifteen at the Russian Grand Prix, held at the Sochi Autodrom where for the first time since the Austrian Grand Prix, the softest Pirelli compound will be in use.

For the first time since Austria, Pirelli have brought the softest range of tyres the C3, C4 and C5 compounds, all of which were used at the Russian Grand Prix last season which was won by Valtteri Bottas. The softest compound is perfect for the circuit with its low severity and slowly maturing surface which is nearly ten years old now. Despite this there is a very strong chance that the C5 compound won’t be needed this weekend, with the forecast looking fairly wet to say the least!

The circuit features a number of ninety degree corners, making strong braking and traction critical for a fast lap-time around the rear-limited circuit. Teams tend to run a low downforce setup too, due to the two long straights which usually allow for plenty of overtaking. Drivers normally expect the circuit to be slippery on the opening day, during the year the Sochi Autodrom is rarely used, making the opening session a slippery encounter.

A one-stop strategy is typically the way to go, however last year a number of strategies were used throughout the field. Pirelli’s Head of F1 and Car Racing Mario Isola, is expecting a variety of strategies to be used come Sunday, where the extra rubber laid down on the surface by the additional support races should enhance the track’s grip.

“We’ve seen in the past that there’s been quite a lot of different strategic thinking, with all three compounds on the grid at the start of the race and varying tactics during the grand prix. Last year, the soft C5 performed better than expected and graining levels were reduced over all compounds between free practice and the race, due to high track evolution.

“In the past, some drivers have even tried a very early switch to the hardest compound and attempted to run all the way to the end, but last year this wasn’t quite possible as these days the asphalt has matured and is not as smooth as it was in the past. With the extra rubber on track from the very full schedule of support races this time, track evolution and grip should be further enhanced.”