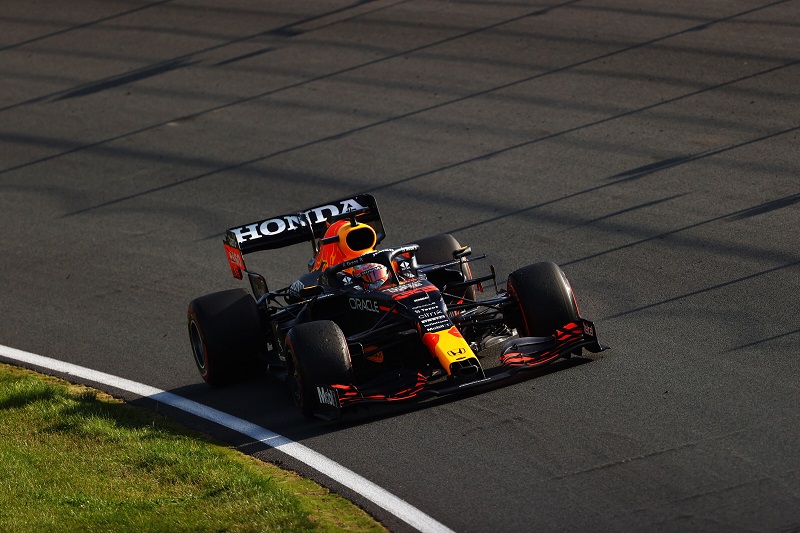 Max Verstappen felt it was a good opening day of the Dutch Grand Prix weekend despite the home hero finishing only fifth fastest on Friday afternoon.

The Red Bull Racing driver, racing in Formula 1 in his homeland for the first time this weekend, was second fastest in the morning session at the Circuit Zandvoort, but his afternoon session saw him end only fifth after completing his best lap on a used set of tyres.  He was also unable to complete a lap that looked to be quicker when Nikita Mazepin spun and caused a yellow flag.

Verstappen says driving around Zandvoort is ‘very fun’ and it was a thrill to be out there with the Dutch fans supporting his every move, but he knows there are improvements to be made to his RB16B overnight if he is to be in the pole position fight on Saturday afternoon.

“It’s been a good day and it was really enjoyable to see everyone in orange having fun in the grandstands,” said Verstappen.  “Of course, the track is also very fun to drive with a lot of fast corners so it was good to finally get out there.

“From our side I don’t think the lap times are very representative today as I did my fastest lap on a used set of tyres. I was improving on another push lap and then Mazepin had a spin otherwise I think we would be higher up but it’s only Friday and we’re still looking at all the details of where we can do better and improve.

“The long runs looked competitive which is positive but we also know that the start position is very important here so we’ll see what we can do to get more pace out of the car overnight.”

Team-mate Sergio Pérez admitted it was hard to get into a rhythm on Friday due to the many disruptions to both sessions, with the Mexican ending outside the top ten in both the morning and afternoon,

Pérez ended a lowly sixteenth in the morning and twelfth in the afternoon, with the two-time race winner not feeling comfortable behind the wheel of his RB16B, something he knows he will have to address overnight if he is to be in the battle at the front of the field.

Despite his troubles, Pérez says it was an awesome feeling to drive around Zandvoort in a Formula 1 car, and he can only see the weekend getting better and better for him.

“It was awesome to get out there and drive this old school circuit,” Pérez said.  “It’s very different to the other tracks we go to and with so many consecutive right-hand corners it’s a pretty unique and physical challenge.

“I’ve never driven here before so it’s completely new and with so many red flags it was difficult to get into a rhythm. You really need the confidence going into the session to trust the car in order to push it and I wasn’t quite there or fully comfortable today so there are a couple of things on my side that we need to look at and make some decisions on in order to get the most out of the package.

“It’s amazing to see so many fans enjoying themselves and cheering in the grandstands so I expect the energy around the track to only get better and better over the weekend.”