“There’s some graining on the front tyres” – Carlos Sainz Jr 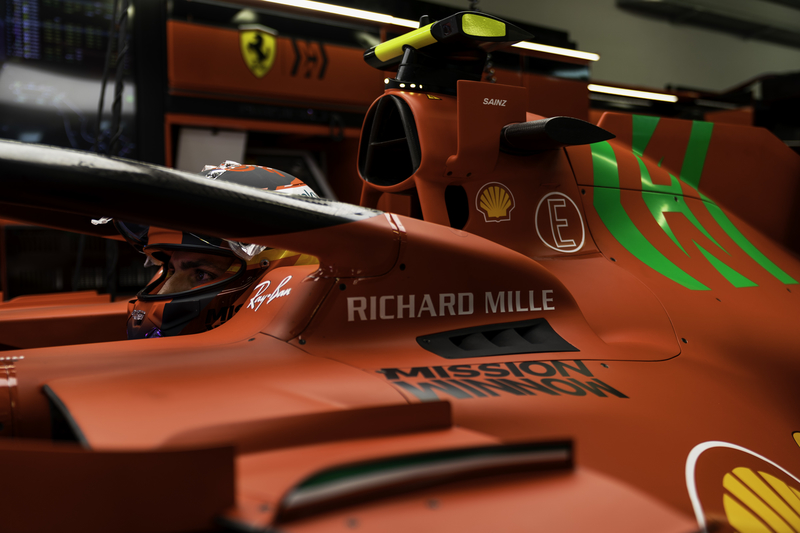 Scuderia Ferrari had a moderately successful opening day at the Russian Grand Prix, with Carlos Sainz Jr ending the day in seventh and Charles Leclerc tenth but with a back of the grid start for Sunday’s race.

It was a positive opening day for Sainz, the Spaniard who ended both Free Practice One and Two in seventh at the Sochi Autodrom, looked to have good pace. Sainz ended the day happy, with the car well balanced and performing well at a track of Sochi’s nature. The Spaniard believes however that the team need to work on their long runs after complaining of graining on the front tyres, something which may be impossible to work on with heavy rain forecast for Saturday.

“A positive Friday for us in general, mainly coming from a decent balance right from the beginning and the car performing a bit better on this kind of track. There’s still a lot of work to do on the long run side as it looks like there’s some graining on the front tyres. Hopefully we can find a way to work around it for tomorrow, although we are expecting rain and things can change quickly. We’ll see.”

“My focus was on race simulation” – Charles Leclerc

Charles Leclerc had a busy opening day, the Monegasque driver will start Sunday’s race from the back of the grid after being fitted with an upgraded power unit, so ran many programmes across the first two Practice Sessions.

The Ferrari driver was fourth at the end of the First Practice Session, and then tenth in the afternoon with his prime focus being on race simulation. Unlike his team-mate, Leclerc didn’t have the same graining problem, as the Monegasque driver gathered as much data as possible to support his charge through the field come Sunday.

“We ran different programmes across our two cars today and my focus was on race simulation rather than on qualifying pace as I will start from the back of the grid on Sunday. The track evolution was quite significant over the course of the day. It started out being very slippery this morning and then improved with every run. Graining was not an issue, which was positive. In terms of driving experience, I enjoyed the last sector the most.”