Alfa Romeo’s Frédéric Vasseur: “We’ve been in this fight in the last few races” 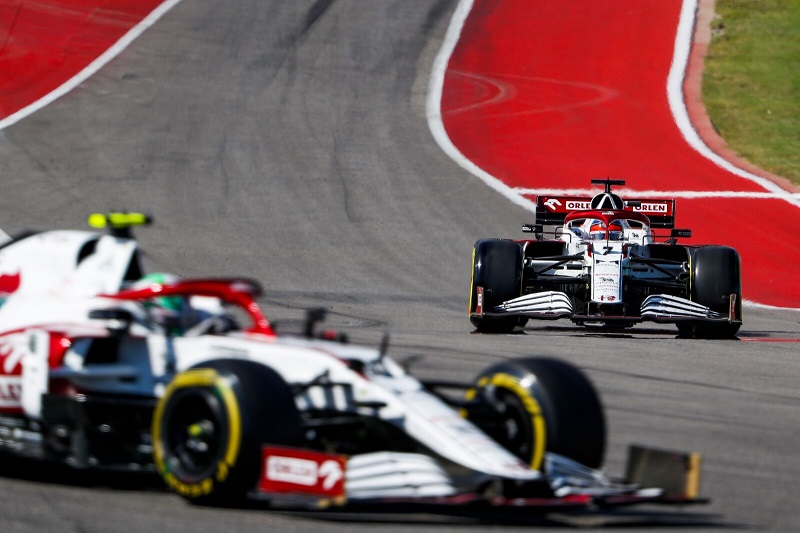 Frédéric Vasseur hopes that the Alfa Romeo Racing ORLEN team can be rewarded with a good result in the final five races of the season after seeing a potential top ten finish in the United States Grand Prix slip away from them in the final five laps.

Kimi Räikkönen and Antonio Giovinazzi were running tenth and eleventh at the Circuit of the Americas with just a few laps remaining, but both ended outside the points-paying positions at the chequered flag.

Giovinazzi was passed by Sebastian Vettel, with the Aston Martin Cognizant Formula One Team driver then taking tenth a lap later as Räikkönen took a trip through the turn six gravel trap after losing control of his C41-Ferrari.

Alfa Romeo have scored only seven points so far in 2021 and sit a lowly ninth in the Constructors’ Championship, but Vasseur, the Team Principal of the Hinwil-based squad hopes the recent form where they’ve been contenders for the top ten turns into a positive points finish for the team.

“The team would have deserved at least a point after a good race, and it’s obviously disappointing to see it slip from our hands so close to the chequered flag,” said Vasseur.

“We fought from lights to the line in the top ten or just outside it and this is very encouraging, even though in the end we have nothing to show it: we’ve been in this fight in the last few races and there is no reason to think we shouldn’t be there until the end of the season.

“Hopefully, we will be able to convert some of these chances into points as the pace is there to do a good job.”