Lewis Hamilton: “I need to just focus on getting the best out of tomorrow” 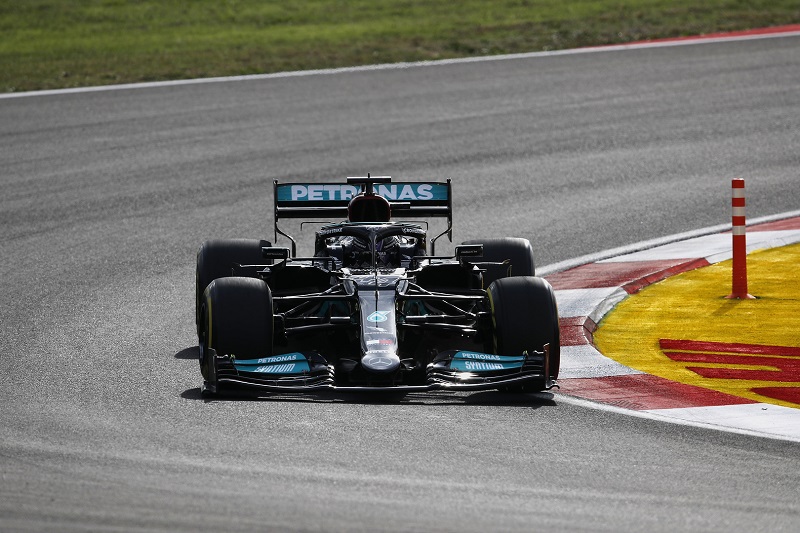 Lewis Hamilton knows he will have a lot of work to do on Sunday afternoon at Intercity Istanbul Park due to his grid penalty, so he is looking to take pole position to limit the loss of the penalty.

The Mercedes-AMG Petronas Formula One Team driver has taken a new internal combustion engine (ICU) this weekend in Turkey and will take a ten-place penalty for Sunday’s race, and he started the weekend well by topping both free practice sessions on Friday.

With grip levels at the track significantly better than they were twelve months ago, Hamilton was able to break the track lap record in the morning session that had been there since 2005, and he went even quicker in the afternoon.  But he knows the hard work this weekend is still to come.

“The track felt so different to last year – in 2020, oil was rising from the new surface and the grip was so difficult to find,” said Hamilton.  “Coming into this weekend, I didn’t know what to expect when we went out there but the level of grip was intense, it was awesome. The track is so much more enjoyable to drive.

“We started off with a really great setup in FP1, the first session was strong. We made some changes between the sessions and combined with track evolution, the car didn’t feel quite as good but we made some important learnings, for sure.

“We’re fairly close to the maximum we can extract from the package but we always find something overnight, so we’ll be working hard to take our pace into tomorrow – hopefully it isn’t raining!

“I have a lot of work to do on Sunday and I need to just focus on getting the best out of tomorrow, obviously aiming for pole to limit the loss of the penalty.”

Team-mate Valtteri Bottas was unable to match Hamilton in either session, with the Finn finishing fourth in the morning before improving to third in the afternoon.

Bottas, who will leave Mercedes at the end of the year to join Alfa Romeo Racing ORLEN, was surprised that the track was as grippy as it was, particularly looking back twelve months ago when even in dry conditions it was difficult to attack and stay on the track.

Despite being so far behind Hamilton – he was seven-tenths of a second back in the morning and four-tenths in the afternoon – he feels it could be a strong weekend for both himself and Mercedes in Turkey.

“Last year the balance was geared towards correcting understeer with the low grip but now we can be a bit more aggressive with the car.

“In FP1 we were all trying to adapt and read the balance. Our starting point was a bit off but by FP2, the car was feeling was pretty good. No big issues and no red flags so a lot of running and it feels like it could be a strong weekend for us.

“Looking at the timing board, it looks like a good track for Ferrari but I’m sure Red Bull have a lot more to come, as we all do. It’s going to be close.”

"We achieved everything that was on the table" - Mclaren's Andreas Seidl

By Nick Golding
1 Mins read
The Mclaren F1 Team saw the gap close between themselves and Scuderia Ferrari, after a difficult Turkish Grand Prix.
Formula 1

"We achieved everything that we could" - Lando Norris

By Nick Golding
2 Mins read
Lando Norris saw his chances of moving up to third in the driver’s standings take a dip, after seventh place finish at the wet Turkish Grand Prix.
Formula 1