Max Verstappen: “Hopefully we can make improvements before qualifying” 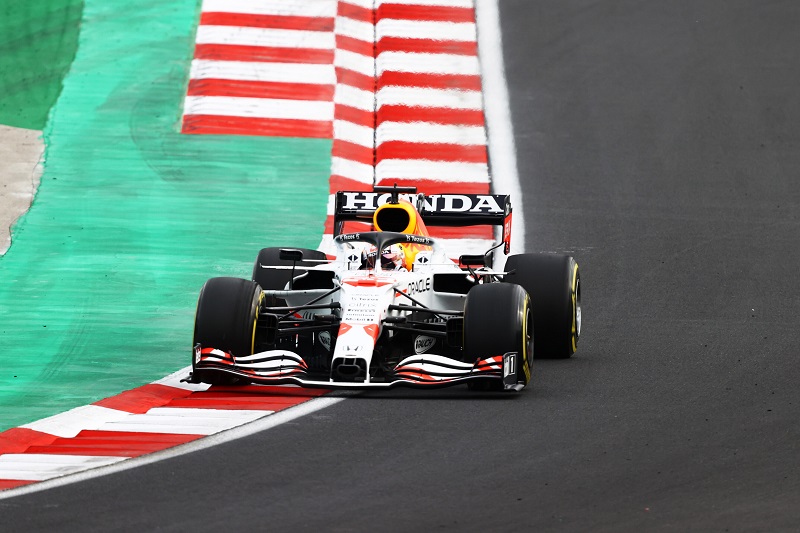 Max Verstappen says Red Bull Racing have a lot of work to do overnight if they are to be competitive this weekend at Intercity Istanbul Park, with the Dutchman ending his Friday only fifth fastest.

Despite knowing his title rival Lewis Hamilton has a ten-place grid penalty thanks to an engine change this weekend in Turkey, Verstappen knows it is important for he and Red Bull to focus only on what they are doing, and he feels improvements need to be made before Saturday’s running.

Verstappen is hoping the hard work the team continue to perform will pay off, and he is hoping for a day better than he experienced on Friday.

“It’s a super nice track especially with the improved conditions but it looks like we have a lot to go through this evening because today wasn’t the best of days,” said Verstappen.

“We tried a few different things going from FP1 to FP2 but we’re still looking around for improvements as we don’t have a lot of data on these cars for this track.

“Of course, Lewis is taking a penalty on Sunday but we have to focus on ourselves, hopefully we can make improvements before qualifying tomorrow as we have some challenges, we’ll see what we can do. I’m just looking forward to the rest of the weekend and getting back out there on track.”

Team-mate Sergio Pérez had a more encouraging day in the second Red Bull, with the Mexican ending second practice ahead of the Dutchman in fourth.

Pérez, who finished on the podium in the 2020 Turkish Grand Prix whilst driving for the BWT Racing Point Formula One Team, admitted to being surprised by the increased grip levels at the track this year, and it took time for him to adapt his driving to it.

However, he was on the pace in the afternoon session, and he hopes they can find some additional pace over night to take the fight to the Mercedes-AMG Petronas Formula One Team at the front of the field.

“It has been a positive Friday overall and with the work we will do this evening we should be looking good for qualifying,” said Pérez.  “The amount of grip surprised me today; it is more like a standard track out there now, but it is still very challenging because the grip is not consistent.

“Sometimes on the entrance to the corner you have less grip than on the exit, so as a driver it is difficult to adjust to that aspect of this track.

“Mercedes look strong here but hopefully overnight we are able to chip away a couple of tenths and be in the mix for tomorrow. It is all about compromise because if you try and get the ideal balance for qualifying over one lap then you compromise the long run pace a bit, which is important here because overtaking is relatively easy.

“There is the potential of rain for qualifying tomorrow, but we will be well prepared, whatever the weather.”

Charles Leclerc: “Although things are looking positive so far, it’s only Friday”

By Paul Hensby
1 Mins read
Mercedes deemed there were no reliability or performance benefits in changing all of Lewis Hamilton’s engine components ahead of this weekend’s Turkish Grand Prix.
Formula 1

Lewis Hamilton: “I need to just focus on getting the best out of tomorrow”

By Paul Hensby
2 Mins read
Lewis Hamilton is aiming for pole position in Turkey on Saturday to minimise the loss he will suffer when he takes his ten-place grid penalty for an engine component change.