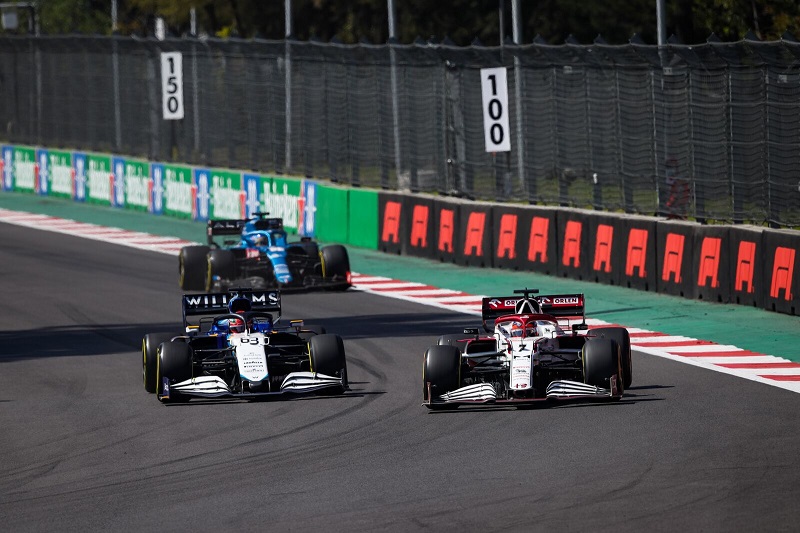 Frédéric Vasseur says it was pleasing to see his Alfa Romeo Racing ORLEN team score only their fifth top-ten finish of the 2021 Formula 1 season during Sunday’s Mexico City Grand Prix, although it was disappointing not to have both cars inside the points.

Kimi Räikkönen equalled his and the teams best result of the season with eighth place on Sunday, but team-mate Antonio Giovinazzi missed out on the points in eleventh despite having rose to as high as sixth in the early laps at the Autodromo Hermanos Rodriguez.

Vasseur, the Team Principal at Alfa Romeo, says the four points scored by Räikkönen will give the team confidence heading into the final four races of the season, starting with the São Paulo Grand Prix at the Autódromo José Carlos Pace next weekend.

“Just as in the last few races, we have been on the pace all weekend: today we’ve delivered a strong performance when it mattered and the result shows it,” said Vasseur.  “We bring home four points, another top ten finish that gives us more confidence for the final races of the season.

“It’s a shame not to have two cars in the points, especially given how strong we looked in the opening stages, but the race didn’t go Antonio’s way after the stop.

“We are a team, we win and lose as one and as a team we will get back stronger, starting from Brazil next week.”

Alfa Romeo remain ninth in the Constructors’ Championship heading to São Paulo with eleven points on the board, and they are twelve points behind Williams Racing in eighth with only the races in Brazil, Qatar, Saudi Arabia and Abu Dhabi to come.

By Paul Hensby
1 Mins read
Josef Newgarden wants to drive a Formula 1 car but he does not think he wants to race in F1 due to the focus being on manufacturers rather than drivers.
Formula 1

By Paul Hensby
1 Mins read
Mercedes and Red Bull Powertrains have come to an agreement about when Ben Hodgkinson can join the latter as their new Technical Director.
Extreme EFormula 1Race of ChampionsW Series