Sebastian Vettel: “We’ll be looking for a productive Friday and Saturday” 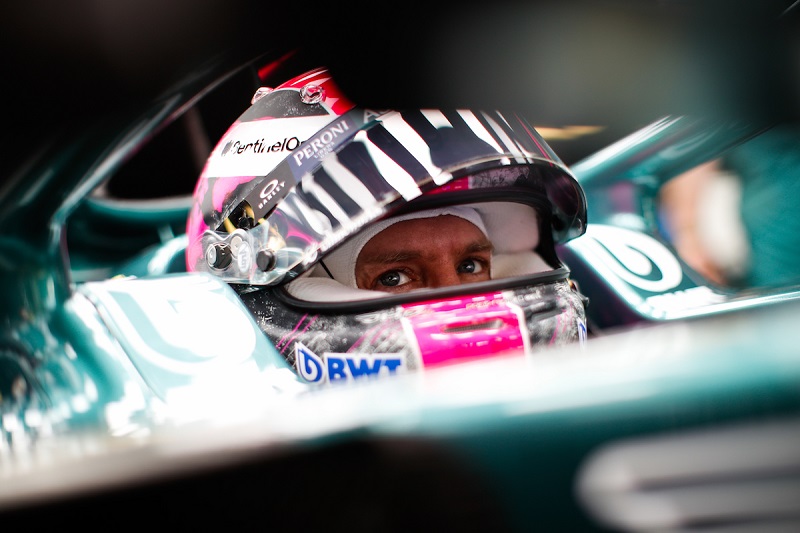 Sebastian Vettel hopes to make it three consecutive races of scoring points this weekend in the São Paulo Grand Prix, although the four-time World Champion knows the Sprint Qualifying format might make it a more unpredictable weekend.

The Aston Martin Cognizant Formula One Team racer drove a strong race to seventh last weekend in the Mexico City Grand Prix, and he is hopeful that he can break into the top ten again this Sunday, although he will need to navigate Saturday’s Sprint Qualifying race first.

To maximise his potential, Vettel knows the team will need to have a productive Friday at the Autódromo José Carlos Pace before racing hard on both Saturday and Sunday afternoon to bring home the desired result.

“We come into Brazil off the back of a run of points scores, so we want to keep the momentum going,” said Vettel.  “We’ll be racing in the Sprint format again, which might make things more unpredictable.

“But the goal doesn’t change, and we’ll be looking for a productive Friday and Saturday before aiming for more points on Sunday.”

“I’m putting the last race weekend behind me” – Lance Stroll

Team-mate Lance Stroll has scored only two points in the past four races, and last weekend in Mexico City took a grid penalty for a fresh Mercedes-Benz power unit before finishing fourteenth.

The Canadian will be free of any grid penalties this weekend and is focusing on extracting everything he can out of his AMR21 in order to be a genuine contender for the top ten on Sunday.

Stroll is expecting some great on-track battles at the Interlagos track in both races, and he is hoping to be inside the top ten come the end of the feature race on Sunday afternoon.

“I’m putting the last race weekend behind me and focusing on extracting the maximum from our car in Brazil,” said Stroll.  “I’m looking forward to racing in the Sprint format once again, it’ll be interesting to see how it can shake up the field.

“Interlagos is an exciting track, it’s a short lap with gradient changes throughout that will undoubtedly showcase some great on-track battles.”

Lando Norris: “Hopefully we can take our learnings from Mexico into this weekend”

By Paul Hensby
2 Mins read
After taking just one point from the Mexico City Grand Prix, McLaren are looking to bounce back with a double points score this weekend in São Paulo.
Formula 1

"We'll be throwing everything we've got" - Mercedes' Toto Wolff

By Nick Golding
1 Mins read
Mercedes go into this weekend’s Brazilian Grand Prix on the brink of slipping behind Red Bull in the fight for the Constructors’ title and with Lewis Hamilton needing big points to claw back Max Verstappen.
Formula 1

By Nick Golding
2 Mins read
Red Bull go into the Brazilian Grand Prix just one point behind Mercedes and with Max Verstappen in somewhat control of the Drivers’ Championship.