“We are just a bit too far from Q3” – George Russell 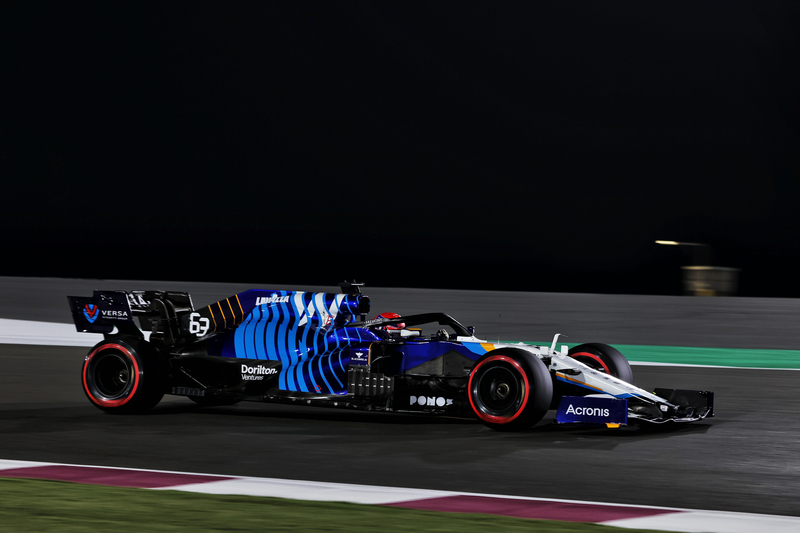 George Russell was Mr Saturday yet again after making it to Qualifying Two at the Qatar Grand Prix, eventually qualifying in fifteenth place. Team-mate Nicholas Latifi didn’t make cut for second qualifying and lines up seventeenth at the Losail International Circuit.

It was a good Saturday for Russell, both Williams Racing drivers have struggled in recent events, therefore making it to the second qualifying session is a solid step forward by himself and the team. Most importantly the British driver qualified ahead of both Alfa Romeo Racing ORLEN drivers, the team’s main rivals now for the remainder of the season.

Russell is happy with his performance and is looking forward to the race on Sunday.

“I am pleased with the job we did today as we were a few tenths ahead of the Alfa Romeos, who are our main rivals, but unfortunately, we were just a bit too far from Q3. It was fun out there but it’s always a shame when you can’t make that next step, especially when you put in a strong lap.

“We were struggling to make the most of the tyre on the first lap but for Q2, we tried to maximise that one lap and we just couldn’t quite get the most out of it. I think it will be difficult to overtake tomorrow but it’s unique conditions here and a new track, so we’re looking forward to the race and let’s see what we can do.”

Nicholas Latifi missed out on a spot in the top fifteen, the Canadian driver will start from seventeenth for the first-ever Qatar Grand Prix where he starts in between the Alfa Romeo’s.

Latifi is disappointed too have missed out on qualifying two, after believing he had the pace for it.

“Both the car and lap felt good today, and I really enjoyed driving this circuit; it was actually one of the most fun qualifying sessions of the year. It’s a bit disappointing not to see that feeling reflected in our pace, especially as I expect qualifying position will play a key part in the race tomorrow, but it’s a positive that we’ll be lining up alongside our main competitors. Looking ahead to tomorrow, overtaking might be challenging, especially in the last few corners, but we’ll see what we can do to gain those positions.”

By Paul Hensby
2 Mins read
Max Verstappen is under investigation following Qualifying for the Qatar Grand Prix for a possible double yellow flag offence in the final part of Q3.
Formula 1

Carlos Sainz Jr.: “In Q2 we took a big risk running twice with the Medium”

By Paul Hensby
2 Mins read
Carlos Sainz Jr. will start seventh in Sunday’s Qatar Grand Prix, but a cracked chassis affected Charles Leclerc and will be changed before the race.
Formula 1

Lando Norris: “We made a good amount of improvement from FP3 into qualifying”

By Paul Hensby
2 Mins read
Lando Norris was encouraged to qualify sixth in Qatar, even if he is to start the race on Sunday on the soft Pirelli tyre.