Kimi Räikkönen: “We will try to have as good a race as possible” 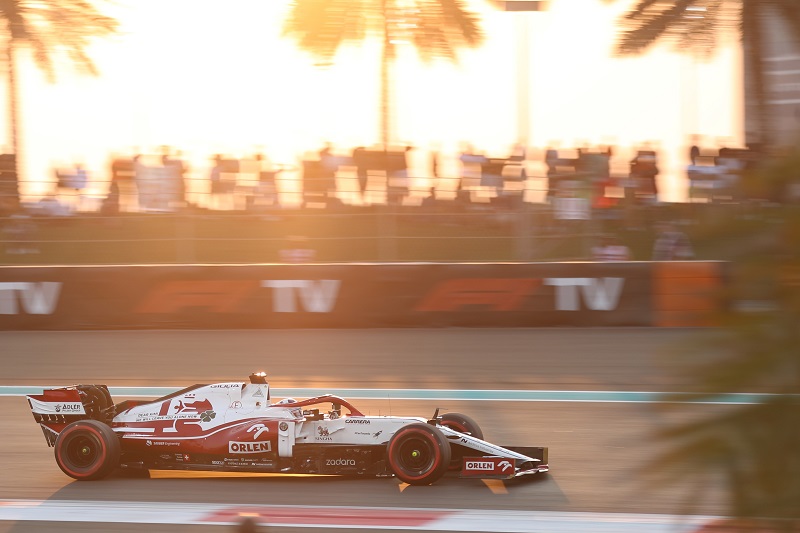 Kimi Räikkönen’s final Qualifying session in Formula 1 did not go to plan, with the Finn set to start the Abu Dhabi Grand Prix from eighteenth on the grid.

The Alfa Romeo Racing ORLEN driver, who will retire from the sport after this weekend’s race at the Yas Marina Circuit, was unable to break out of Q1 and will line-up on the penultimate row of the grid, ahead only of the two Uralkali Haas F1 Team drivers.

Räikkönen’s final flying lap was undone by a slide at turn thirteen, and as a result he was forced to settle for eighteenth whereas a place in Q2 could have been possible with a clean effort.

“I was on a pretty good lap on my final run of Q1, the time looked good, but I got sideways in turn 13 and that was it,” said Räikkönen.  “It’s a pity as the car felt nice.”

Räikkönen is hoping to end his twenty-year career in Formula 1 on a high and move up the order on Sunday, but he knows from eighteenth, it will be difficult to bring an end to his time in the sport with a top ten finish.

“Tomorrow is another day, we start pretty far at the back but we will try to have as good a race as possible and bring home a good result,” said the Finn.

Team-mate Antonio Giovinazzi did make it out of Q1 and will start fourteenth in his last race with Alfa Romeo before he moves to the ABB FIA Formula E World Championship.

The Italian believed he got close to the maximum out of his C41-Ferrari, but had he got everything, it would have only moved him up a place or two on the grid.

Giovinazzi is hoping for a strong start to give him a chance of ending his stint with Alfa Romeo with a second consecutive points finish, having taken ninth last weekend in Saudi Arabia.

“I think we achieved close to the maximum we could today: maybe P12 or P13 were possible, but Q3 was a step too far,” said Giovinazzi.

“I had a run on medium as I wanted to try them, but my final run on softs was spoiled by the traffic at the end of the outlap: my tyres and my brakes were too cold in sector one and we couldn’t improve. It’s been a bit like this all season with the traffic, but it is what it is.

“We can still have a good race from 14th, with a good first lap and a good strategy to see what we can achieve from there. I want to enjoy this final race of the season and have a good result to say goodbye to the team.”

By Paul Hensby
1 Mins read
Dan Fallows will join Aston Martin from Red Bull on 2 April after the two teams came to an agreement over his release from his contract with the Milton Keynes squad.