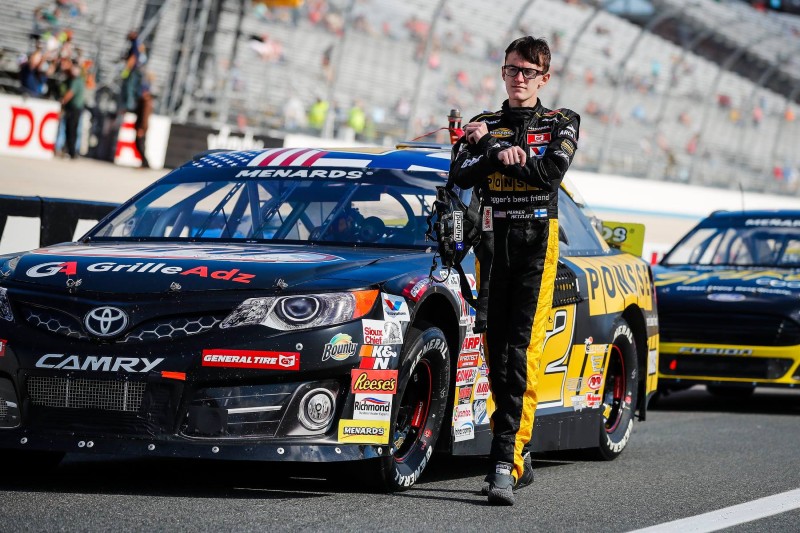 Parker Retzlaff has turned his regional series and sim racing exploits into a part-time NASCAR Xfinity Series ride. RSS Racing announced Friday that Retzlaff will race in the Xfinity Series for the first time in 2022 on a ten-race schedule. He will drive a Ford Mustang with a number that has yet to be revealed, a new entry for RSS as the team plans to expand from its one-car scheme.

“This is an incredibly humbling opportunity for me next season,” said Retzlaff. “I realise this is a huge next step for my career, but I believe with the support of RSS Racing and the Sieg family, the transition can be seamless and I can help the organization build their second car into a top-notch programme.

“I feel very confident in my ability as a race car driver and with the tracks that we have laid out for my rookie season. I believe that we can turn some heads and make significant gains start to finish that can help us build on hopefully a full-time programme in 2023.”

The 18-year-old Retzlaff has raced in the ARCA Menards Series East since 2019, which included the full 2020 season and all but two events this past year. Driving for Cook-Finley Racing, he scored four top tens and a best finish of fourth at Southern National Motorsports Park en route to a seventh-place points finish in 2021. His 2020 campaign saw him finish fourth in the standings with five top tens.

Of the nine tracks on his Xfinity schedule, Bristol is the lone circuit that he has experience in ARCA East. However, his lone start at the Tennessee short track in 2020 ended with a crash.

Retzlaff has also seen racing success in the virtual world. As an iRacing player, he has recorded 1,633 race wins, 3,251 top fives, and 1,589 poles. When not racing in real life, he spent his 2021 competing in the eNASCAR Road to Pro iRacing Series, a feeder division for those hoping to ascend to the top-flight Coca-Cola iRacing Series, and the iRacing Rallycross World Championship‘s iRX All-Star Invitational, where he placed third in the unofficial standings behind Australian sim racer Simon Feigl and desert racer Luke Knupp.

“We are excited to welcome Parker and his partners to the RSS Racing team in 2022,” commented RSS Racing owner Rod Sieg. “We feel we have all the resources in place to run a competitive multi-car team in the Xfinity Series and look forward to building our programme for the future.”

By Justin Nguyen
1 Mins read
The National Motorsports Appeal Board has withdrawn a $50,000 fine and 6-race suspension for Mike Harmon Racing and crew chief Ryan Bell for a testing violation, though a 75-point penalty remains.
NASCAR Xfinity Series

By Justin Nguyen
1 Mins read
Howie DiSavino III has joined Alpha Prime Racing for a six-race Xfinity schedule beginning at Phoenix. It will be his first time racing in the series.