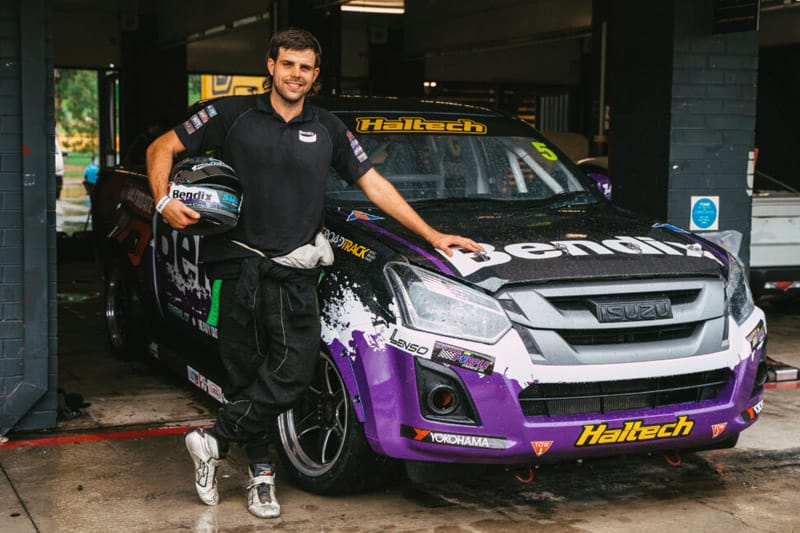 The Boost Mobile Super Trucks might no longer be active (for now), but Dave Casey will still be truck racing in 2022. On Sunday, Casey confirmed he will compete in the Haltech V8 SuperUte Series, making his first foray into the category. He will drive an Isuzu D-Max fielded by Sieders Racing and prepared by SWL Racing with sponsorship from Bendix.

Casey hails from a background in off-road racing, primarily competing in the Australian Off Road and ARB Australian Off Road Racing Championships before joining the Boost Mobile Super Trucks in 2021. Although the Boost Mobile Super Trucks—an offshoot of the Stadium Super Trucks in the United States—also consisted of off-road vehicles, it raced on street circuits and paved road courses in support of the Repco Supercars Championship. Still, he was up to the challenge after testing a stadium truck in 2020.

In the 2021 Boost Mobile Super Truck season’s three rounds, Casey recorded a best finish of fourth in the first race of the season-opening Tasmania SuperSprint. Later in the year, he garnered attention for a wild flip while on his qualifying run for the Townsville SuperSprint, though he was unharmed. He placed fifth in points.

A second season in the series was abandoned when the trucks were returned to America in January following what BMST officials asserted was a falling-out with new Supercars ownership. Although newly appointed Supercars CEO Shane Howard theorised import laws were the culprit instead, he was open to bringing the trucks back for 2023. Still, this meant no Australian stadium trucks for 2022, so Casey had to look elsewhere for a Supercars undercard and he found one in another truck racing discipline.

The opportunity arise via Paul Morris, the 2017 Stadium Super Truck and 2021 Boost Mobile Super Truck champion. Morris oversaw the latter’s operations through his Paul Morris Motorsport team and home base at Norwell Motorplex.

“Because Stadium Trucks are no longer in Australia, I wanted to stay within the Supercars scene, and these SuperUtes are most relevant to the 4WD and off-road market,” said Casey. “I made a few phone calls with Paul Morris who put me onto the SuperUtes category and Sieders Racing were more than happy to have me on board.

“[…] Obviously being new and pioneers to the category, we’ve got a lot to learn, but we’ve got the right people in our corner to get up to speed pretty fast.”

By Justin Nguyen
2 Mins read
13-year-old Ben Maier, who has raced in a multitude of disciplines from karts and Legends cars to off-road and road racing, will add the Stadium Super Trucks to that list at Mid-Ohio.
Stadium SUPER Trucks

By Justin Nguyen
3 Mins read
Rookie Cleetus McFarland only needed to drive straight for a few more meters to win the Stadium Super Trucks’ Race #2 at Long Beach, but an awkward landing led to him spinning into the wall. Robby Gordon got by him to join his son Max as the weekend’s two SST winners.