Oliver Solberg: “Snow and ice is also my favourite surface as well so it will be a very special rally” 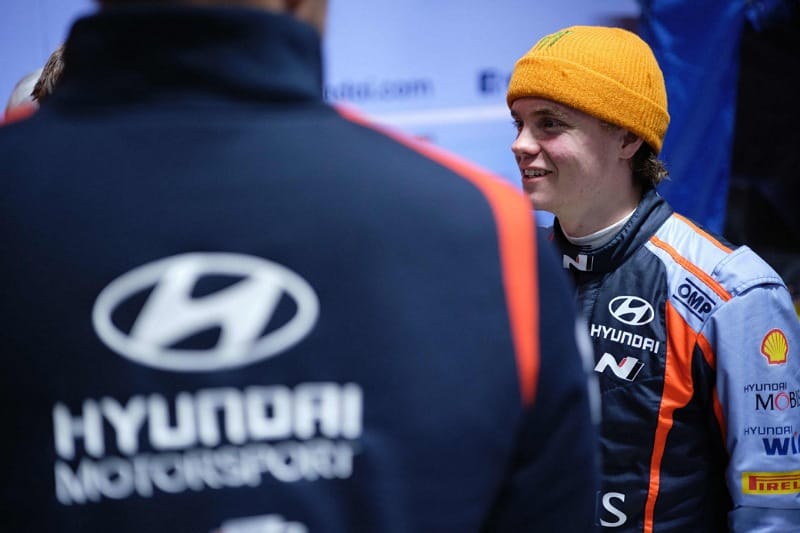 Local talent Oliver Solberg will fly the Swedish flag on the home soil in Rally Sweden this weekend as the fan favourite alongside co-driver Elliott Edmondson will be looking to claim their maiden FIA World Rally Championship podium after a difficult start to the 2022 campaign.

Making a successful WRC debut in a Hyundai i20 WRC last year in the Arctic Lapland Rally in Finland, Solberg will be one of the drivers that could potentially win the rally this weekend but don’t count out the non-Scandinavians which have also been fast on the snow – It will be a hard new rally and a challenge to take on for the son of the 2003 champion Petter Solberg.

For 2022 Solberg have become a full manufacturer driver in the Hyundai Motorsport outfit, last season he did a couple of outtings for the Hyundai backed 2C Compétition team in WRC, where he made his debut in the top category, as well as campaigned a WRC2 program for Hyundai Motorsport team with a Hyundai i20 N Rally2.

As he was forced to retire after an error in Rallye Monte-Carlo, the young Swede have completed some pre-event tests in Finland and is now prepared for the upcoming four-days rally in Umeå, which have been moved from Solberg’s hometown of Torsby.

Solberg admits he is emotional to drive for the first time on home soil in the new Rally1 category – a dream which have become true: First of all, it is going to be very emotional to compete in my first home event as a factory driver. It is something I have dreamed about my whole life. I think the new location is an important step, as it is what the rally needs to secure fantastic conditions, even if it is sad to move away from my hometown. Snow and ice is also my favourite surface as well so it will be a very special rally.”

“You have to be quite aggressive with your driving style, keeping the front of the car in the lines but pushing the rear. It will be new for everybody, so preparations are more equal and gives me a good opportunity to have a strong weekend. Rally Sweden will be a mix of everything: fast and twisty roads, wintry conditions, lots of snow banks – and maybe some reindeers.”

By Pontus Lindroos
1 Mins read
Hyundai Motorsport has now announced the 2022 Safari Rally Kenya line-up where Oliver Solberg is confirmed to be driving the third i20 N Rally1 machine.