Yuki Tsunoda: “It’s been a really productive day and a good start to testing” 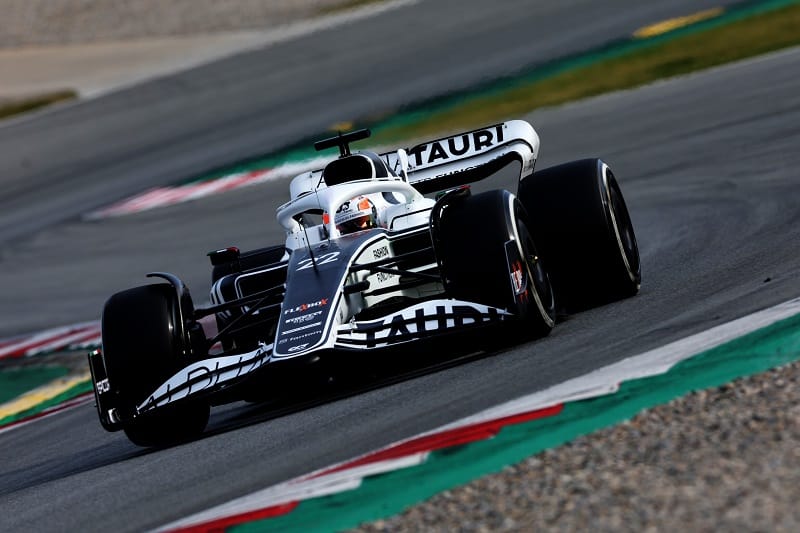 Yuki Tsunoda enjoyed a positive opening testing day of 2022, with the Japanese racer completing one hundred and twenty-one laps of the Circuit de Barcelona-Catalunya.

The Japanese racer was given the responsibility to be the first to run Scuderia AlphaTauri’s AT03 on Wednesday, and he was happy with how the day progressed as he almost two complete race distances without any drama.

Tsunoda said it was important to put mileage on the car, which is AlphaTauri’s first adhering to the new aerodynamic regulations in place in 2022, but the true pace will not be seen until the opening round of the season in Bahrain next month.

“It’s been a really productive day and a good start to testing for the team,” admitted Tsunoda. “This is the first proper outing in the 2022 car, so everything we’ve done has been super important for our learnings, as obviously this car is completely different to last year.

“Mileage, and also the changes we were making to the set-up, were key today and we managed to achieve everything we wanted to. We found a few things that we still need to play with but we’re happy with how things are going so far.

“The car has been really reliable today, we needed to get as much data as possible and we’ve managed to do this. We’ve still got five more days of testing to go before the first race, I think currently the car looks quite fast, but we won’t know the true performance of it until Bahrain Qualifying.”

Chief Race Engineer Jonathan Eddolls felt it was a ‘very successful’ opening day of testing in Spain, but with an intensive programme to complete across all six days of running, it is still early days to completely understand the AT03.

Eddolls said it was important to begin understanding the AT03 on Wednesday and completing as many laps as they did was a good start.  And heading into Thursday’s running, where Pierre Gasly will get his first time in the car, he says a lot has already been learned that the Frenchman can build on.

“We have had a very successful first day of testing here in Barcelona,” said Eddolls.  “With a brand-new car, tyres and regulations it’s important to firstly validate the pre-event sim work, so we spent the morning trialling a large variety of set-up direction and quickly honed in on a set-up that seemed to be a good compromise.

“That left the afternoon to start completing set-up test items and to better understand the tyres. Yuki was happy with the feel of the car, it remained reliable throughout the day, and we had no major issues.

“We have an extensive test plan for the three days of testing here and then again in Bahrain, to ensure we head to race one well prepared and in the best shape possible. We’ve had a positive first day following our plan and have already gathered a lot of data, which we will analyse tonight and feed into the test plan for Pierre, who takes over, tomorrow.”