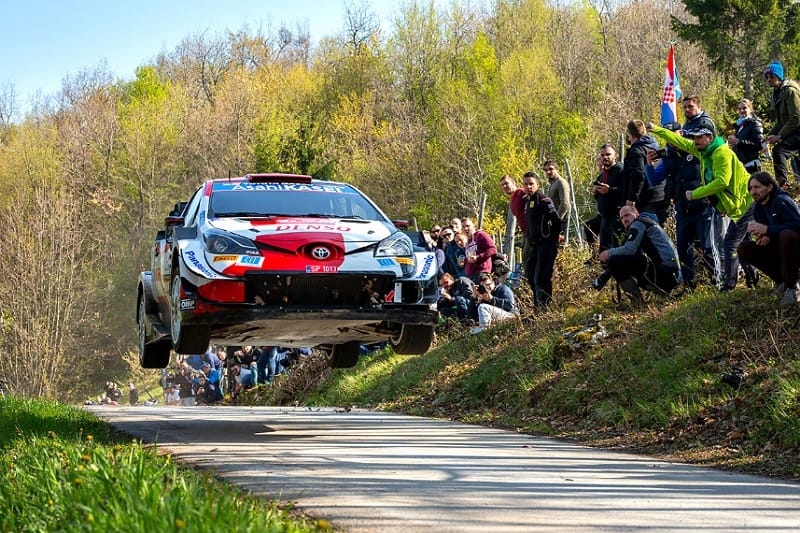 The entry list for the third round of the 2022 FIA World Rally Championship has now been published where a total of 66 crews will take on the asphalt roads at Croatia Rally on 21-24 April.

Kalle Rovanperä who is leading the championship standings after winning last time out in Rally Sweden, will be the driver that is opening the roads on the Friday tests.

The Hyundai Motorsport line-up with three Hyundai i20 N Rally1 cars will remain unchanged for the third round in a row and will consist of the Rally Sweden podium finisher Thierry Neuville from Belgium, the Estonian Ott Tänak and the Swede Oliver Solberg.

M-Sport Ford World Rally Team will be fielding four Ford Puma Rally1 cars for the Croatia Rally where Irishman Craig Breen, Britoin Gus Greensmith and Frenchman Adrien Fourmaux will be eligible to score manufacturer points for the team, meanwhile the new signing and fellow Frenchman Pierre-Louis Loubet will be driving outside of the factory team.

In the WRC2 class there are a 29 entrants in total where many drivers will be making their 2022 campaign start at Rally Croatia.

As the championship leader Andreas Mikkelsen will be missing out in Croatia, the entry list sees some drivers that are keen on to take advantage from that and headlining the list are the returning three Frenchmans of Stéphane Lefebvre, Yohan Rossel and Eric Camilli in Citroën C3 Rally2.

Other strong names for the class is the Pole Kajetan Kajetanowicz in a Fabia, the Czech Erik Cais in a Fiesta, the American Sean Johnston in a C3, the Finn Mikko Heikkilä in a Fabia, Britoin Chris Ingram in a Fabia and Gregoire Munster from Luxembourg in a Hyundai i20 N Rally2.

Croatia Rally also marks the second round of the 2022 FIA Junior World Rally Championship where seven crews are confirmed to drive in the single-make class.

Sébastien Loeb: "The first feeling in the Puma on gravel at our test was quite good"