Alpines’ Laurent Rossi – “What a fantastic way to start the season ” 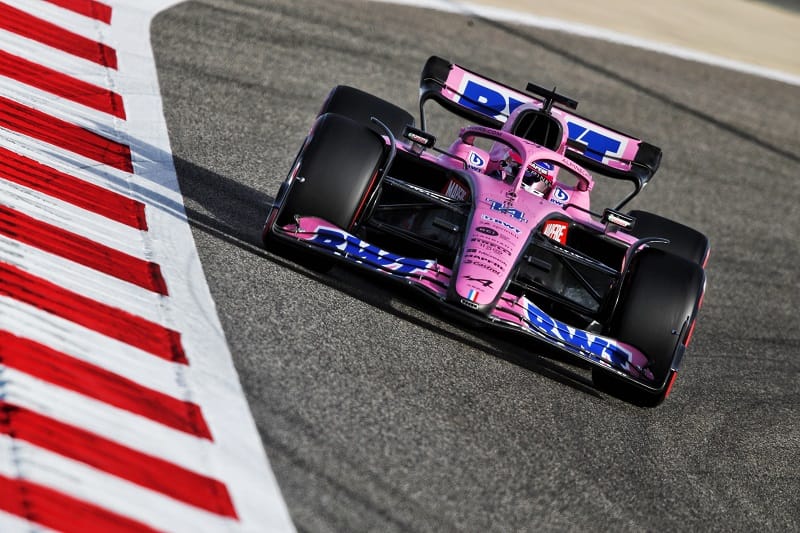 BWT Alpine F1 Team kicked off their season brightly as both Esteban Ocon and Fernando Alonso scored points in the season opening Grand Prix in Bahrain.

Alonso began the race in eighth whilst Ocon started in eleventh. Ocon got off to a great start by gaining a place up to tenth and in the points on the first lap. However, in doing so, he tagged Mick Schumacher at turn six, which resulted in a five-second time penalty. Despite this minor setback, the Frenchman managed to finish the race in seventh.

Alonso’s race, was less straight forward with challenging stints on all three tyre compounds. The Spaniard was always knocking on the door for points throughout and, like Esteban, benefitted from the hat-trick of retirements to cars ahead in the closing stages to climb into the points finishing ninth.

Alpine scored eight points at Bahrain and head into Saudi Arabia next weekend, sitting fifth in the Constructors Championship.

Alpine’s CEO Laurent Rossi talked about how happy he was with the result, praising the team for their hard work in preparation for the 2022 F1 season and on race day, as well as the drivers performances after a long and very tough race.

“What a fantastic way to start the season for the team with both Esteban and Fernando scoring deserved points today. This is certainly a great achievement, which, ultimately, is down to the three core pillars that construct our team from Enstone, Viry and the trackside team.

“This result is a credit to everyone’s hard work to prepare the A522-RE22 package over the winter and, indeed, ensure we had the means to compete for points. Thanks to everyone for their commitment and dedication over the past couple of months and now, we undoubtedly have the means to make our 2022 challenger even more competitive in the coming races.

“Esteban and Fernando drove great races today with overtaking aplenty throughout the field, which is especially exciting for the Formula 1 spectacle. It was a long and very tough race for them with strategy playing a key part.

“The pit-stop crew were also immense across all six stops during the race, so thanks to them for maintaining focus and precision when it mattered. We’ve had a taste for how thrilling the 2022 season could shape up to be.

“We now look forward to Saudi Arabia next weekend where, I’m sure, the racing will be as exciting. Our aim is to continue the hard work and pick up more points with both cars.”

I am 20 years old and I’m a big fan of Formula 1 and Chelsea FC. I write articles for The Checkered Flag and The Chelsea Social.
Articles

Mercedes’ Toto Wolff pleased with season-best qualifying result in Spain: “I think we have made a solid step forward this weekend”

By Ashley Cline
2 Mins read
Mercedes’ Toto Wolff and Andrew Shovlin are pleased with the team’s qualifying result and performance improvement at the Spanish Grand Prix, as both look to keep closing the gap to the front.
Formula 1

By Nick Golding
1 Mins read
Alfa Romeo’s Team Principal believes both drivers have the pace to finish in the points, despite a mixed qualifying. Valtteri Bottas will start seventh whilst Guanyu Zhou lines up fifteenth.
Formula 1

"The gap to the cars in front is not that big!" - Valtteri Bottas

By Nick Golding
2 Mins read
Valtteri Bottas was best of the rest in qualifying for the Spanish Grand Prix, as the finish driver lines up in seventh for Sunday’s challenging race.