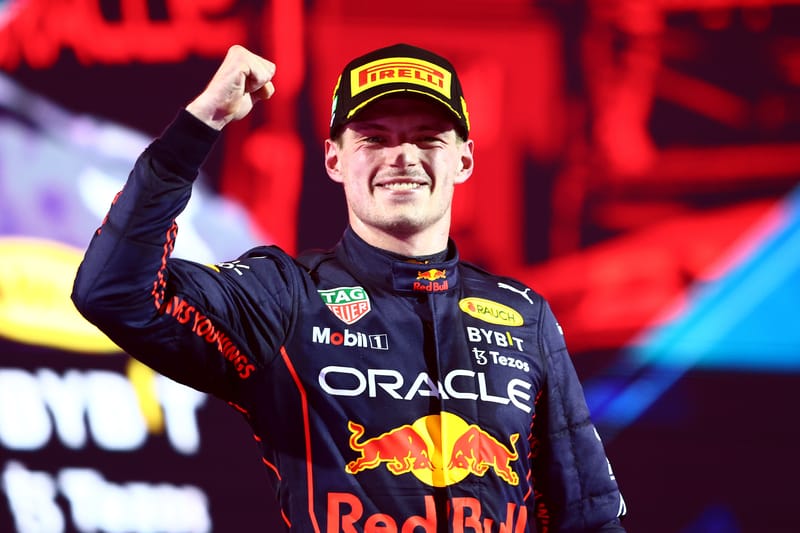 It was a fantastic duel between the pair, with the Dutchman eventually coming out as the winner, on the back of not finishing the opening round of the season. Verstappen who started fourth, sat in third for the majority of the race, before capitalising on a Safety Car to recover Nicholas Latifi’s crashed Williams. The Dutchman then found himself in second behind the Ferrari driver, but left it until the final few laps before giving it a real go.

The Dutchman went for the lead as soon as he got within the one-second window, which saw his Red Bull sail past the Ferrari with ease. However Leclerc immediately fought back and retook the lead on the following straight, with the help from DRS. The Drag Reduction System was incredibly strong at the circuit, to the point where both Verstappen and Leclerc almost grinded to a halt to try and get DRS on one-another.

With just a few laps to go though, Verstappen made his move to the front stick, and cross the line for his first win of the new season. Just like Verstappen, Red Bull Team Principal, Christian Horner, loved the duo’s dual in Saudi Arabia.

“What a great race, it was a very strategic race from Max, not taking too much out of the tyres and making sure he had enough left to attack at the end of the Grand Prix. There was some great racing between him and Charles, it was fantastic to watch, thankfully he had enough to hang on right at the end there.

“It was great for the Team to rebound after the disappointment of Bahrain, everyone has worked very hard over the past week to understand and address the issues that we had. The first two races have delivered great racing between the two teams, Ferrari are very quick and we are expecting the competition to continue over the next few races.”

On the other side of the garage, Sergio Pérez was incredibly unlucky. The Mexican controlled the race from pole but was forced into an early stop after Ferrari called Leclerc in. It turned out that Red Bull had been sold a dummy by Ferrari, as Leclerc flew past and didn’t pit until the following lap. Pérez lost out even more as the Safety Car was brought out on the same lap as which he pitted on, for Latifi’s crash.

Pérez was then made to hand third place to Carlos Sainz Jr, after overtaking the Spaniard under the Safety Car. Horner felt very sympathetic for Pérez, who crossed the line in an agonising fourth.

“It is desperately disappointing for Checo because he drove an incredible lap yesterday to get his maiden pole, he then converted that from the start to keep the lead and was controlling the race beautifully. He pitted on the lap we discussed before the race and then bang a safety car, and he was very unlucky today.”