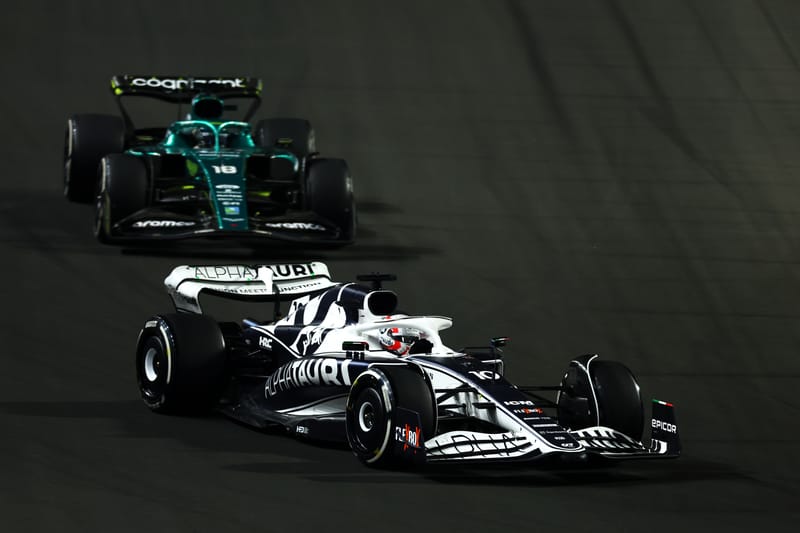 Pierre Gasly scored his first points of the season at the Saudi Arabian Grand Prix, whilst team-mate Yuki Tsunoda failed to even make the start at the Jeddah Corniche Circuit.

It was a strong Grand Prix for the French Scuderia AlphaTauri driver, who after starting ninth, battled hard throughout to clinch an eighth place finish and his first points of the season. It could’ve possibly been an even better result for Gasly, had he not been caught out by the Safety Car to clear up Nicholas Latifi’s last corner crash, nevertheless eighth place is a super result.

Gasly was very pleased to leave Saudi Arabia with points, which was a miracle considering that from very early-on in the race the Frenchman suffered from intestine pain.

“I’m really happy with how today went and glad I’m coming away with points. We got really unlucky with the safety car, as we boxed around 30 seconds before it came out and so dropped down the field, which wasn’t ideal. We managed to make our way back up though to P8, so really pleased with that.

“From my side the last 15 laps were really difficult, I had some pain in my intestine and it was really difficult to race. I’m feeling good in the car though, I’m able to push the way I want to, but I think we need to just find some more downforce. We know the areas we need to improve so we just need to go away and find the solutions now.”

Yuki Tsunoda’s Saudi Arabian Grand Prix, is not one he will remember in a hurry. The Japanese driver suffered from a reliability issue on his way round to the grid, resulting in an immediate retirement for the unlucky driver.

It comes as a disappointment to Tsunoda who also missed Qualifying due to reliability issues, clearly a lot to sort out for the AlphaTauri mechanics. Tsunoda is hoping to come back stronger in Australia.

“It’s been a really frustrating weekend for me with reliability issues. Firstly, we missed Qualifying and then today I believe we had a driveline issue on the way to the grid. I think the track was suiting our car quite well, compared to Bahrain, so I think the pace today could’ve been quite good for us, especially if you see how Pierre has performed, getting through to Q3 and then his performance in the race.

“It’s such a shame, I think it’s going to be very tight in the midfield battle, so getting points at every round counts and we’ve missed out today. These things happen though and hopefully we’ll come back strong in Australia.”

By Paul Hensby
1 Mins read
There were mixed results for Alfa Romeo in Spain, with Valtteri Bottas finishing a strong sixth to score points but with Zhou Guanyu retiring early.
Formula 1

Valtteri Bottas: “We chose to be aggressive and take a risk with the strategy”

By Paul Hensby
2 Mins read
Ferrari were not happy with the result of the Spanish Grand Prix on Sunday, but Mattia Binotto feels there are still plenty of positives to take away from the opening six races of the season.