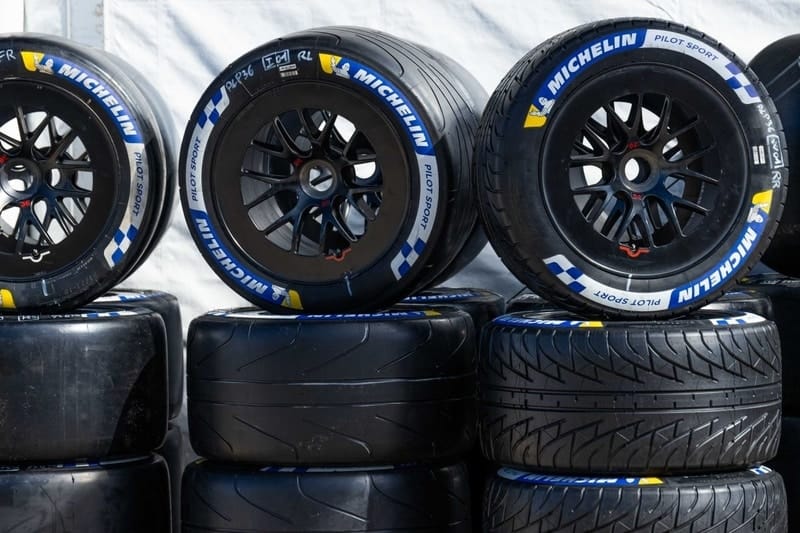 As the 2022 FIA World Endurance Championship arrives this weekend, Michelin has announced the choice of tire for both the Hypercar class and LM GTE Pro and LM GTE Am classes.

Receiving only minor tweaks and changes this season, the Hypercar class will see the same tire compounds return from 2021. While the compounds remain the same themselves, some teams have opted for a shift in tire size or configuration namely, Toyota Gazoo Racing and Alpine Elf Team. The GR010-Hybrids of Toyota will make the change from the 31/71-18 tires for the new LMDh prototype meaning a skinnier front end at 29/71-18 and a wider rear end at 34/71-18.

Alpine Elf Team will still use the same 31/71-18 tires throughout the season, however, they have been changed from the LMP1 configuration to the hypercar configuration. Meanwhile, Glickenhaus Racing will run the same tires previously ran in 2021 due to last season’s results, while Peugeot’s 9X8 is still in speculation as to whether it will debut this season but bespoke tire work is on the table should it appear in 2022.

Pierre Alves, manager of Michelin’s endurance racing programs had this to say about the tires, “The results we obtained in 2021 speak volumes for the outstanding work accomplished by the engineers at Michelin Motorsport who developed our new Hypercar tires using digital tools alone.”

Additionally, in order to help teams and engineers in understanding the tire compounds, they have been named simply as Hard, Medium, and Soft. These will vary in terms of their optimal operating temperature where the soft compound may perform better between 10℃-25℃. Wet tires also will offer two compounds, drying wet and full wet with the former being optimal for damp or drying conditions and the latter for full wet courses.

In the LM GTE categories, Michelin has developed three new types of compounds for the GTE class but they will all drive the same tire size at 30/68-18. The new Cold-weather soft, Hot-weather soft, and Hot-weather medium will debut this season to account for the different characteristics in each track to be run this season. Accompanying those new compounds are the same drying wet and full wet tires offered to the hypercar class. However, only for the first round will the new GTE slicks be available to the LM GTE Pro class, following this round the Am class will run them at Spa-Francorchamps for round 2.

Hello, I’m Kieran the Nitro Rallycross contributor. I’ve been writing and doing photography for a few years. My favorite motorsport discipline is Rallycross and I’ve been following the sport for 5 years.
Articles