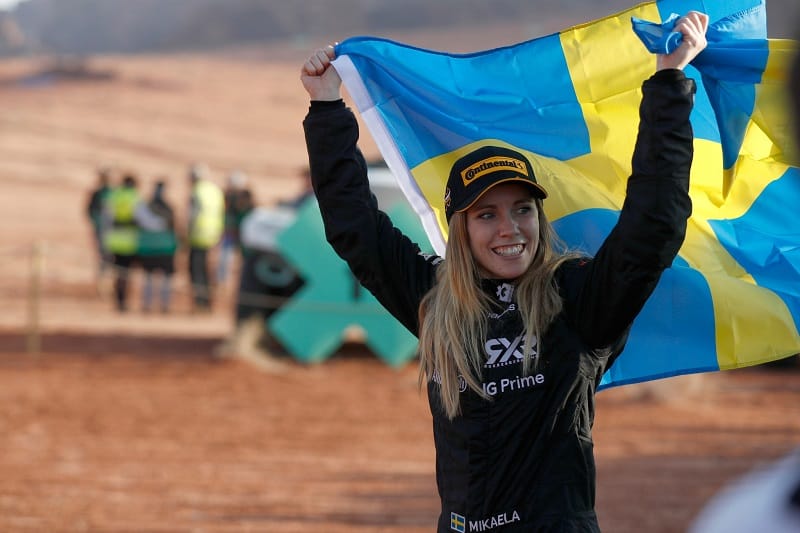 Rally Jameel, scheduled for 17–19 March, will be the first all-women’s rally raid in Saudi Arabia. Among the thirty-three entries is the #21 2022 Toyota Fortuner fielded by Sweden Challenge, which will be shared by Extreme E driver Mikaela Åhlin-Kottulinsky and Annie Seel.

Åhlin-Kottulinsky is perhaps the biggest name of the sixty-six drivers involved. Now in her second year of Extreme E competition and first with defending champion Rosberg X Racing, she and fellow Swedish team-mate Johan Kristoffersson won in Saudi Arabia at the season-opening Desert X Prix in Neom. While that was her first career Extreme E win, she leads all drivers in podiums earned with five after racking up two seconds and thirds apiece with JBXE in 2021.

Nicknamed the “Rally Princess”, Seel is more renowned for her motorcycle prowess, having competed in the Bikes category at the Dakar Rally between 2002 and 2011. At the 2010 edition, she overcame a crash that dropped her down a five-metre tomb to be the highest-finishing female rider. In 2003, she set a world altitude record after climbing Mount Everest’s base camp on a Honda XL250.

Seel moved to four-wheelers for the 2014 Rally and her next three attempts since. She ran this year’s Dakar in January as a team-mate to Annett Fischer, and their X-Raid Team Yamaha finished fifteenth in the Light Prototype class. The duo had finished third in December’s Hail Rally.

“Very excited to team up and share car with legend Annie Seel for Rally Jameel, the first ever all female off-road Rally in Saudi Arabia,” Åhlin-Kottulinsky posted on social media. She remarked in an Instagram Story that it will be her “first taste of something close to Dakar”.

While Saudi Arabia is infamous for its human and women’s rights reputation, the country has been more open about women driving in recent times and it was legalised in 2017. Various motorsport events and series like the Dakar Rally, Formula One, and Formula E have since taken place there, and Rally Jameel was organised as a way to grow its racing image in addition to female participation in motoring.

Running from Hail to Riyadh and overseen by the Saudi Arabian Automobile and Motorcycle Federation, Rally Jameel is a navigation-based rally raid rather than one focusing on speed and time. A scoring system determines how each team performs, with points being earned by reaching various waypoints in a specific order and the winner being whoever collects the most points. A similar concept is used at the Dakar Classic, a support event to the Dakar Rally held on a different course.

Despite its focus on navigation, each stage of the rally includes an “average speed challenge” in which cars try to reach a certain exact speed. For example, if the target average speed is 50 km/h, a car that hits 50 km/h exactly and neither exceeds or runs below it will earn maximum points, while going over the TAS will result in a lower score. Penalties can also be doled out for missing waypoints or arriving at one too soon or too late, such as ten points being deducted if a team reaches the finish ten minutes after the allowed time.

“It’s will be great to be part of Saudi Arabia’s first ever all womens rally – a historical moment,” wrote Seel. “Also meet all these rallying women from around the world. […] For us it’s a new challenger for us to compete in this kind of rally but we will give it our best! It fantastic that All kind of women can take part, all you need is a four wheel drive car!”

Race for the Planet Season 1 set for early summer release

By Justin Nguyen
2 Mins read
Season 1 of Extreme E’s documentary series Race for the Planet, which documents the inaugural 2021 campaign, will make its home release on Amazon Prime Video in the United Kingdom and Ireland this early summer.
Extreme E

By Justin Nguyen
2 Mins read
In an interview with Extreme E, Kevin Hansen shined light on his vertebra injury sustained in the Desert X Prix and his eventual rehabilitation.