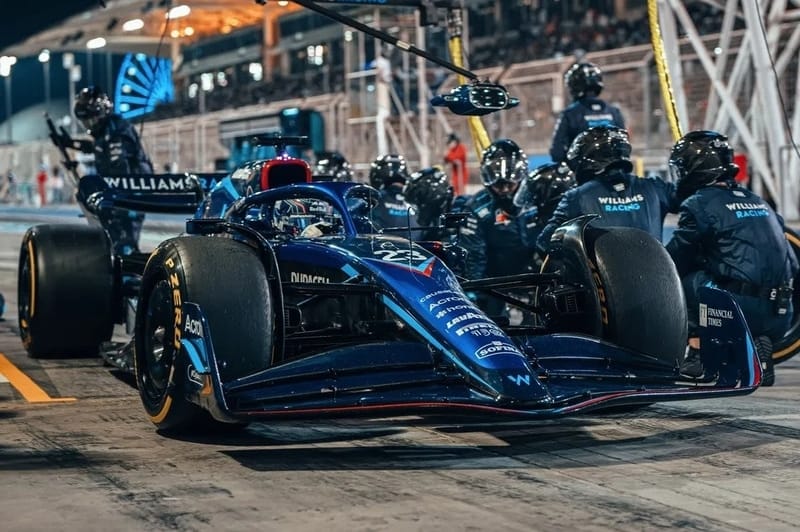 It was an overall solid weekend for Albon, who after making it to Qualifying 2 qualified in fourteenth place. The Thai driver enjoyed some battling during the race but was unfortunately unable to do anything about the faster cars behind. In the end the best Albon could salvage was thirteenth place, which in the weakest car on the grid is a good result to start the year with.

Albon was happy with how the weekend went, he’s especially happy to have made it to the end of the race without any reliability problems.

“My first Formula One race with Williams went pretty well; it felt like we did a good job and really maximised what we had. I had a good start and managed to make up a few positions, so I was pushing hard. Inevitably, a few faster cars overtook and we slipped back down a couple of places, but it’s a step forward considering the struggles we had last week. We knew it was going to be a difficult weekend, so to come out P13 with no reliability issues is something we should be pleased with.”

On the other side of the garage, Nicholas Latifi had a difficult Grand Prix, after starting from last on the grid. Both Williams drivers pitted three times during the race, tyre degradation was especially high around the Bahrain International Circuit. By the end of the race sixteenth place was the best Latifi could manage, on what was a difficult weekend for the Canadian.

Latifi echoed the point that it was a tricky race for the team, he is hopeful though that the Saudi Arabian Grand Prix this weekend will go better for the side.

“It was a tricky day and it’s clear we’re not starting off as strong as we would have liked. We’ve been lacking pace, struggling with overall grip, balance and tyre degradation, so we need to work out how we extract more out of the package we have now and have a real push to react as soon as possible to bring some more speed to the car.

“Jeddah will be a different kind of track and one that should suit us a bit better, but we’re still going to be going there with a similar package. I’m sure we’ll be able to optimise it more, knowing what we’ve learnt here, but I suspect it will still be tough. It’s a 23 race season though, so there’s plenty of time to claw things back.”

By Nick Golding
1 Mins read
McLaren Team Principal Andreas Seidl is hoping for a good result at this weekend’s Monaco Grand Prix, an event where there is “very little margin of error”.
Formula 1

"I'm taking these few days to rest up" - Lando Norris

By Nick Golding
2 Mins read
Lando Norris is hoping to be fully fit for the Monaco Grand Prix, after being diagnosed with tonsillitis following last weekend’s race in Spain.