Nightmare Qualifying for Mercedes as Hamilton, Russell Miss Out on Top Ten 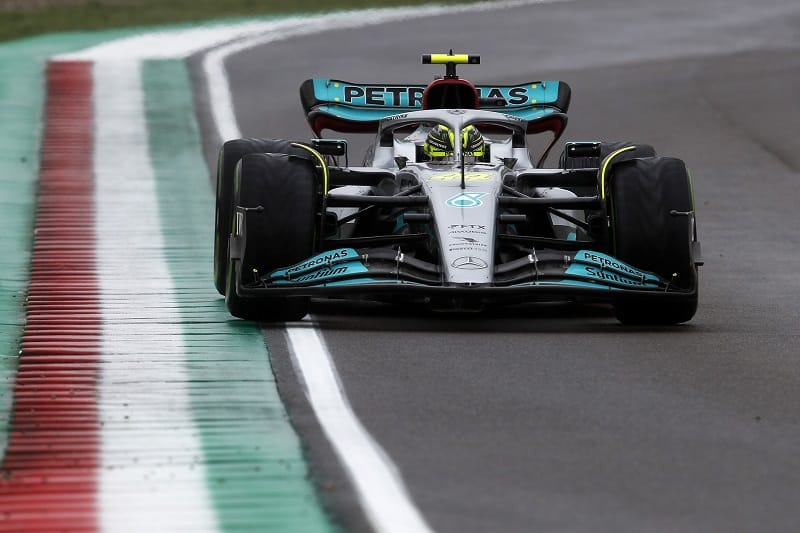 For the first time since the Japanese Grand Prix of 2012, the Mercedes-AMG Petronas Formula One Team failed to get a car into Q3 in Qualifying, with George Russell and Lewis Hamilton ending eleventh and thirteenth on Friday at the Autodromo Internazionale Enzo e Dino Ferrari.

The changeable weather conditions at Imola did not work in the teams’ favour, and they were well off the pace when it mattered, with Hamilton lucky even to make it into Q2, scrapping through by just 0.004 seconds ahead of Scuderia AlphaTauri’s Yuki Tsunoda.

Hamilton admitted they came to the circuit with optimism, but that optimism soon disappeared as the pace of the W13 was not strong enough to break into the top ten, the seven-time World Champion ultimately ending up only thirteenth on the grid.

“Today wasn’t a great session and naturally it’s disappointing,” said Hamilton. “We came here with optimism, everyone is working so hard at the factory but things just didn’t come together.

“I think we underperformed as a team today. We’ll work as hard as we can to move up in the Sprint Race. It’s going to be a difficult race but who knows?

“Maybe we can move our way forwards. Each weekend is a rescue at the moment.”

Team-mate Russell was able to out-qualify Hamilton on Friday but will start only eleventh on the grid, although he felt there was more time to find but for red flag interruptions.

The Briton felt compromised by the stop-start nature of Qualifying, as he says Mercedes need two or three push laps to get the best out of the car but being restricted to only one before the red flags flew compromised them badly.

“We’ve struggled to get the temperature in the tyre in the first few races, we’re always seemingly taking a bigger jump on the second lap,” said Russell. “We saw that in Australia when we compare to the Alpines and the McLarens; they were a first lap qualifier, and we were on the third or fifth lap doing a fast consecutive sequence.

“It was a bit of a shame with how the red flags panned out today but if there is a weekend to not be where we want to be, a sprint weekend is the one to do it.”

Despite missing out on Q3, Russell believes there is still plenty to fight for across the rest of the weekend, and he will be aiming for points in both Saturday’s Sprint race and Sunday’s feature race at Imola.

“Not ideal, but we’ve got the chance to make up positions tomorrow,” he said.  “The Sprint Race will be interesting with these new cars as we can follow a bit closer, but I don’t think there’s enough laps with enough degradation for us to use our advantage there compared to our current rivals.

“We’ve got the Sunday race as well and we can only go up.”