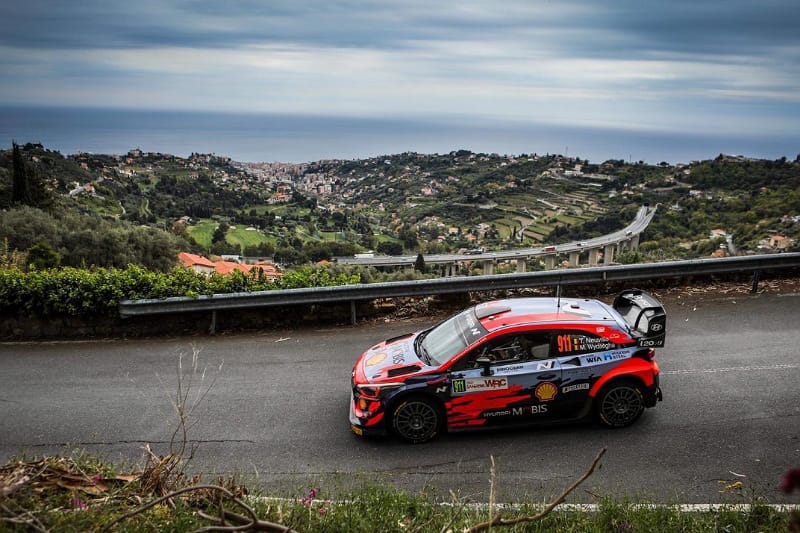 The 69th running of the Rallye Sanremo in Italy will be taking place this weekend which feature eighty crews taking part in the world-famous asphalt rally at the Città di Sanremo in the Liguarian coastal part of Italy.

Last year the rally saw a bumper entry of two-hundred crews including a lot of FIA World Rally Championship drivers taking part but for this year it is reduced quite a lot but the rally will promise a good battle in all of the classes.

Beside the local drivers in the second round of the Italian Rally Championship, there are two familiar names entered to take on the rally.

Mads Ostberg and Patrik Parth will be arriving to Italy fresh from a podium finish at the Rally of Nation Guanajuato in Mexico last weekend, the pair will be entering in a Citroen C3 Rally2 for the Movisport SRL team.

The Norwegian dominated last week’s rally in Mexico, winning 13 of the 15 stages run during the event in a Skoda Fabia Rally2 Evo but they missed out the Nations title due to Eyvind Brynildsen’s retirement.

“This weekend I will go to Sanremo and I will meet Craig Breen, who is a WRC driver. Of course, he has done the rally three times, I have never done it. But I will try to give him a fight.” Ostberg told to DirtFish.com.

“I want to show what I can do and I think doing these kind of single events is also a good way to show my performance, especially when there are WRC drivers there.“

The Norwegian will face a strong driver this weekend as earlier it was confirmed that the two-time rally winner Craig Breen will also be doing the rally in a Ford Fiesta Rally2 with John Rowan swapping in for Paul Nagle in the co-driver seat.

“It’s a rally that I obviously enjoy and have managed to win for the last two years that it’s ran, I’m a huge fan of the story and history of rallying, and obviously Sanremo is an iconic event.” Breen told to WRC.com.

“Secondly, we’ve been out of competition since Sweden, so it’s nice to get back into rally mode again. Obviously with Croatia coming up, it’s not a bad idea just to have ourselves in the best possible place.”

“Italy is very close to my heart: I spend a lot of my time here, I know the people and it’s just a pleasure to be here, so it’s something that’s going to be really nice,”

The rally starts on Friday with five stages in the afternoon and evening, and continues on Saturday morning with the last six stages with a total of 120 kilometres of asphalt special.

Other drivers great drivers that are seen on the entries out of the locals are Andrea Crugnola who is joining as team-mate for Ostberg in a similar C3 Rally2, Damiano De Tommaso in a Fabia Rally2 Evo for Meteco Corse SRL, Giandomenico Basso in a Hyundai i20 N Rally2 and Rudy Michelini in a Volkswagen Polo GTi R5, both also entered under the Movisport SRL banner.

By Pontus Lindroos
1 Mins read
Ken Block has revealed his new purpose built 1,400hp AWD Porsche 911 nicknamed “Hoonipigasus” which he will use for the 2022 Pikes Peak International Hill Climb event in Colorado
Rally