“Barcelona is a track that holds no secrets” – Valtteri Bottas 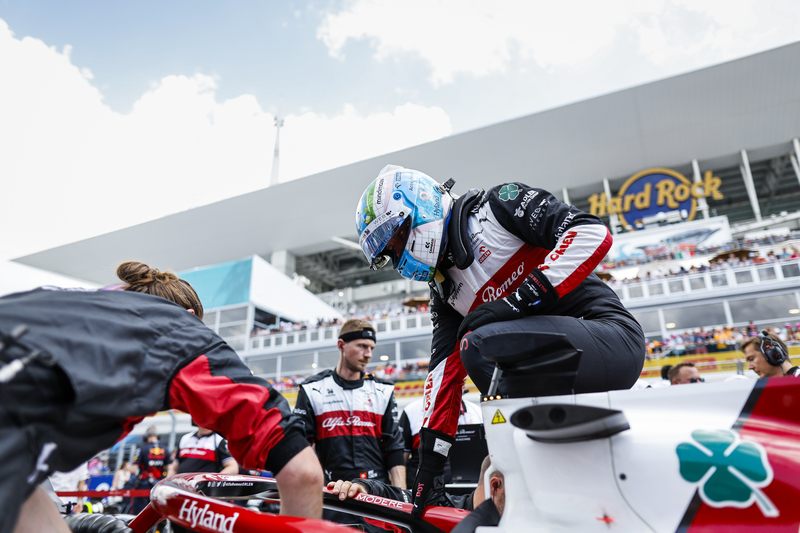 Valtteri Bottas performed brilliantly at the recent Miami Grand Prix, the Finnish driver is hoping to continue his strong-run of form this weekend, at the Spanish Grand Prix.

Bottas was unfortunate to finish seventh in Miami, after running wide late on from fifth-place, allowing both Mercedes AMG Petronas Formula One Team drivers past.

The Alfa Romeo F1 Team ORLEN driver goes into this weekend at the Circuit de Barcelona-Catalunya, hoping for a “flawless weekend”.

“We had a really strong showing in Miami and, with every good result, comes the confidence to push for more. We head to Barcelona knowing we can be in the fight for the front of the midfield again: we’re in the midst of an interesting battle with our direct rivals every weekend and I don’t expect this one to be any different.

“It is crucial we have a flawless weekend, here more than ever: Barcelona is a track that holds no secrets for any team, so there won’t be any silver bullet to find to be ahead of the others, it will be about execution and doing our homework. For sure, we arrive in Barcelona in a much happier state than when we left after winter testing, which is proof of how well this team has bounced back after the difficulties we encountered in February. I want to repay all this great work with a good result.”

Guanyu Zhou faced a disappointing retirement in Miami, due to a technical fault with his C42. The Chinese driver heads into Barcelona with previous experience of driving his 2022 car at the circuit, after the track hosted the official shakedown test back in February.

This prior experience will be important for the rookie this weekend, as he’ll be replaced by Robert Kubica in Free Practice 1, meaning Zhou won’t get behind the wheel until Friday afternoon.

Zhou is hoping to get the most out this weekend, after his disappointment last-time out.

“Barcelona is another important stage in this season: it’s a track the team knows well and I want to make the most of it to get back after the disappointment of a technical DNF last time out in Miami, when we had the speed to bring home some points. Driving this car here is not going to be a new experience for me, of course: as with Bahrain at the beginning of the season, I approach a track on which I’ve driven before with this generation of cars.

“Of course, the car we race now is not the same we had in testing, but it’s an advantage nonetheless, so my focus will be fully on delivering my best and bringing home the good result our season so far deserves. My target is the same as it was in every round until now, but the confidence in my means to deliver it grows with every race.”