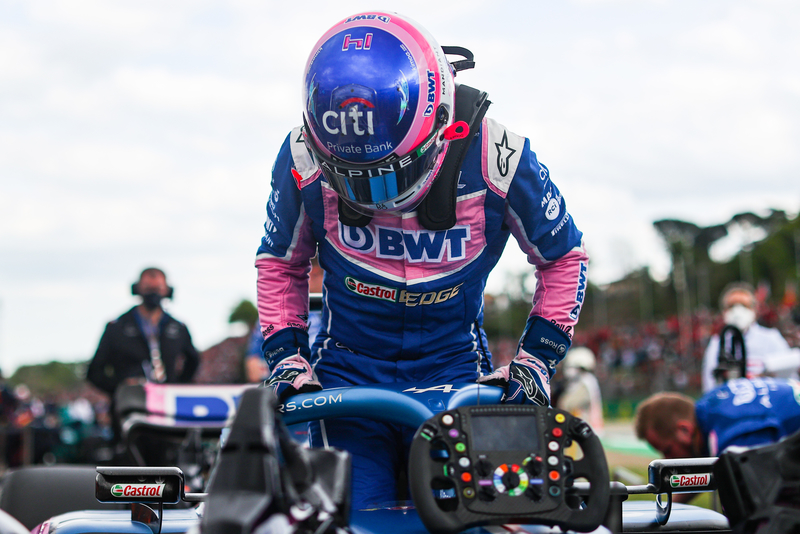 The Emilia Romagna Grand Prix was a very frustrating one for the BWT Alpine F1 Team, after Fernando Alonso retired from the race and Esteban Ocon finished fourteenth following a penalty at the Autodromo Internazionale Enzo e Dino Ferrari.

Imola was a weekend to forget for Alonso, who was forced into retirement just a few laps into the Grand Prix. Opening lap contact with Mick Schumacher saw the Spaniard pick-up substantial side-pod damage, resulting in retirement. Alonso is aware that it’s a long season, but is hoping that his bad luck ends soon.

“We came away from Imola without any points and a retirement. It was unfortunate and it summarises our bad luck at the moment. I was happy with my qualifying on Friday but then we suffered with high tyre degradation during Sprint Qualifying, and then my race was ended early due to the contact with Mick at the start. It’s not how we wanted it to go after four rounds, but it’s still early and last year when we left Imola we only had one point. It’s a long season!”

This weekend represents a new opportunity for the Double World Champion, as the sport returns to America for the inaugural Miami Grand Prix. Alonso is a big fan of racing Stateside and is intrigued to see the newly-built Miami International Autodrome in the flesh. The experienced driver isn’t too sure if the circuit will produce good racing, with each Grand Prix so far this season providing varied levels of excitement.

“I enjoy racing in America and we’ve seen in recent years how big Formula 1 is becoming over there. Miami is another new one and I’m curious to see how the circuit is in real life. I think we’ve seen that after four races the racing has seen mixed results. There were quite a few overtakes in Bahrain and Saudi. Whilst in Australia and Imola, it was difficult to overtake as expected.

“I think it’s still too early to judge. Bahrain and Saudi created unique overtaking opportunities, so perhaps it was more track specific as to why we saw more overtakes there. It’s clear already though that it’s easier to follow the cars ahead and because the cars are all suffering with varying levels of tyre degradation, it’s creating different strategies and opportunities in the race.”

“Miami is such an iconic city” – Esteban Ocon

Imola was equally a weekend to forget for Esteban Ocon, who was awarded a five-second penalty during the race after his team released him unsafely from his stop. Ocon was released directly into the path of Lewis Hamilton, with the pair colliding in the narrow pit-lane. The penalty saw Ocon’s finishing position drop from eleventh to fourteenth, summing up a Grand Prix that frustrated the Frenchman.

“Imola was a frustrating weekend for the team. It is clear that there are areas we must improve on. The first three races were good for me and not being in the points in Italy will serve as further motivation for everyone to bounce back in Miami. The whole team is looking forward to it and we know if we do things right, we will be able to extract the potential we know this car has, and deliver the results we are capable of.”

Ocon has well and truly put the disappointment of Imola behind him and is raring to go in Miami, a race he thinks has been spoken about “for years”. Ocon has never visited Miami before and is looking forward to the excitement the new Grand Prix will bring.

“It seems we have been talking about Miami for years! And it is finally here, which is very exciting for everyone involved in the sport. Formula 1 has grown so much in the United States in the last few years and Miami is such an iconic city, so it should be a fun weekend and I can’t wait to get going. I have only seen Miami in the movies and I have seen a bit of how the track and facilities will look like and it all looks very impressive.

“But from my side, I have prepared well in the simulator and have discussed with the team how to best approach this new track. Driving a new circuit is always exhilarating because you don’t really know what to expect until you’re driving there. But the approach and preparation remain the same as for all other race weekends.”