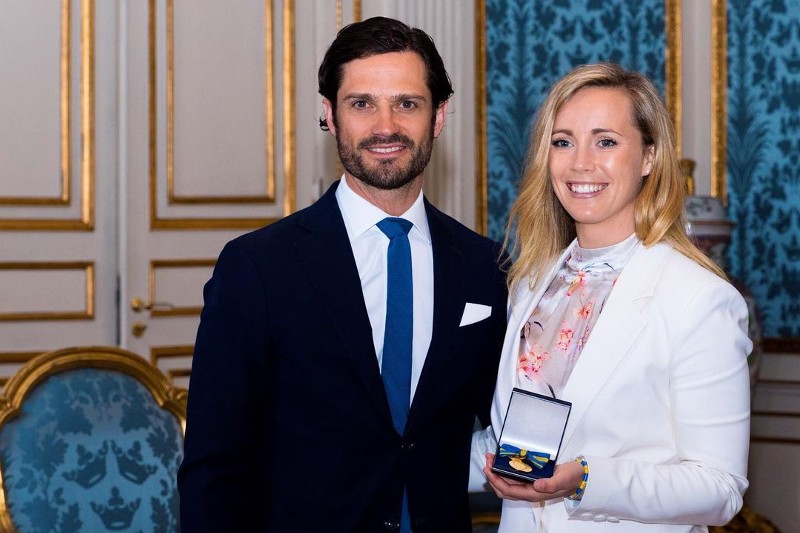 The Motor Prince’s Medal (Motorprinsens Medalj) is one of the highest honours a Swedish racing figure could receive. Forty-seven years after its introduction, Mikaela Åhlin-Kottulinsky has become the first female driver to be awarded the medal, doing so in a ceremony on Wednesday.

Åhlin-Kottulinsky received the medal for her achievements in the Scandinavian Touring Car Championship and Extreme E, the former of which saw her finish second in the 2021 championship while she currently leads the latter’s standings with Rosberg X Racing. She is the first female driver to win in the STCC, with two career wins in 2018 and 2019. In Extreme E, she scored her maiden win in the 2022 season-opening Desert X Prix, while her five podiums lead all drivers regardless of gender. In March, Åhlin-Kottulinsky and fellow Swede Annie Seel won the inaugural Rally Jameel, an all-women’s rally raid in Saudi Arabia.

Åhlin-Kottulinsky joins Tina Thörner as the only women to earn the medal. Thörner, the 2012 recipient, did so in recognition of her rally co-driving.

“I am extremely honoured to be awarded the Motor Prince’s Medal as the first female driver,” Åhlin-Kottulinsky wrote on social media. “Thank you KAK (Kungliga Automobil Klubben; the Royal Automobile Club) for the award, I will wear this medal with pride!”

Other recipients of the medal in its history include ex-Extreme E driver Mattias Ekström and Hansen’s father Kenneth. 1979 World Rally Champion Björn Waldegård was the first medal winner in 1976 and 1977.

Race for the Planet Season 1 set for early summer release

By Justin Nguyen
2 Mins read
Season 1 of Extreme E’s documentary series Race for the Planet, which documents the inaugural 2021 campaign, will make its home release on Amazon Prime Video in the United Kingdom and Ireland this early summer.
Extreme E

By Justin Nguyen
2 Mins read
In an interview with Extreme E, Kevin Hansen shined light on his vertebra injury sustained in the Desert X Prix and his eventual rehabilitation.
Extreme EFormula 1