Troublesome Friday for Mercedes in Montréal as Russell, Hamilton Struggle for Performance 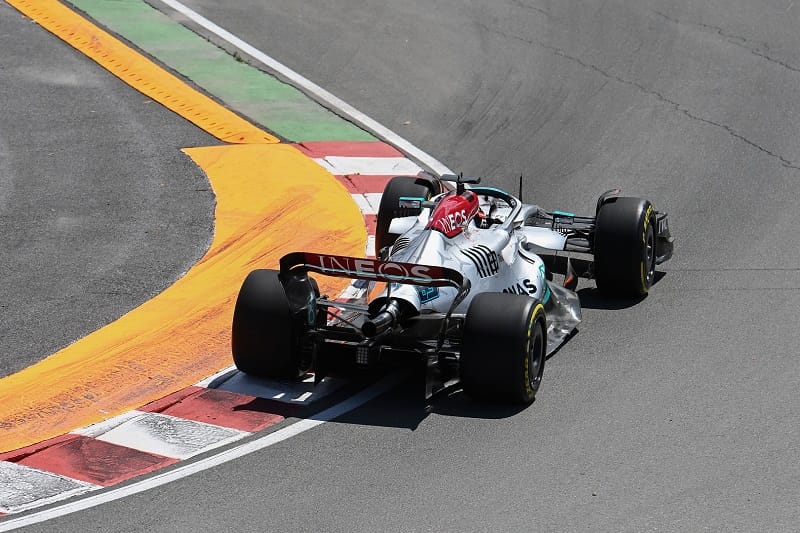 George Russell admitted the Mercedes-AMG Petronas Formula One Team are not where they want to be at this stage of the Canadian Grand Prix weekend, with the Briton ending seventh fastest on Friday afternoon at the Circuit Gilles Villeneuve.

Russell, who has finished inside the top five in each of the first eight races of the 2022 FIA Formula 1 World Championship season, says the W13 has been pretty hard to drive so far this weekend, with the stiffness of the car hindering both himself and his team-mate Lewis Hamilton as they are unable to attack the kerbs as much as they would like to.

After running a different set-up to Hamilton, Russell hopes they can between them and the engineers find a solution to their problems so they can be in the fight to be at the front of the midfield in Saturday’s Qualifying session.

“It’s fun to drive around this circuit, it’s old-school and very challenging, with the cars bumping over the kerbs,” said Russell.  “Our performance wasn’t where we wanted it to be, we’re quite a way off the pace to the front two teams and there’s also a couple of guys – Fernando [Alonso] and Seb [Vettel] – who look very strong, so we’ve got work to do.

“It’s still very bumpy out there, the stiffness of these cars is pretty brutal. We can’t run the kerbs as much as we used to, we got the car as soft as we can but there’s something about this iteration of cars stopping us really doing that.

“In FP2, that was probably the biggest deviation in set up between Lewis and I, we went in completely different directions, so we’ll be able to find a happy medium between the two overnight.

“We need to qualify ahead of the mid-field, we have a strong race car which is probably the third-quickest but if we allow one or two cars in front of us, that could make things tricky.”

Team-mate Hamilton says his running on Friday was the worst he’s had at the Circuit Gilles Villeneuve during his career, and he hopes Mercedes can find a solution to his problems overnight ahead of Saturday’s final practice session.

Hamilton was running with experimental set-ups but felt the car was undriveable at times, meaning he was not setting the kind of lap times he was hoping to during either Friday session.

He ended eighth fastest in the first session but only thirteenth in the second, and he admits it was a struggle for him to attack with a car that was not giving him any positive feelings.

“It was pretty much like every Friday, experimenting with lots of things,” said Hamilton.  “We tried a new floor on my car this morning which didn’t really work and it seems a lot of things we try on this car struggle to work.

“We experimented with very different set ups on the two cars in FP2 just to try and see if one way works and one way doesn’t. Whatever we do on this car to improve it just makes it more unhappy but we have to keep working, it is what it is.

“One touch of the kerbs here and the car goes flying, it’s so stiff and here in Montreal, you really need to ride the kerbs. It’s not the Montreal that I’m used to and that I’ve driven throughout my career, it’s the worst I’ve felt any car here so I’m hoping we make some solid progress overnight.

“You are putting on a momentous fight just to keep it out of the wall, you’re catching a car that’s jumping, it definitely keeps you on edge – we raised the car but it didn’t make any real difference.”