Cooper Tires has paid tribute to the upcoming diamond anniversary of the British Formula 3 Championship by creating a very unique set of jewel-encrusted tyres.

In addition to a celebratory F3 festival at the Cadwell Park Circuit in Lincolnshire later this April, London jewellers FK Diamonds revealed the specially designed tyres on Rupert Svendsen-Cook’s Carlin car at a media day at Silverstone in March. The 2011 season – which begins on 16-17 April – also represents the 30th consecutive season that Cooper Tires and it’s associate brand, Avon Tyres have served as the sole tyre supplier to the series.

Julian Baldwin, Managing Director of Cooper Tires Europe, commented on the special occasion: “The Cooper and Avon brands have been involved in Formula 3 for half of the entire existence of the series in Britain. The diamond anniversary is huge landmark for Formula 3 and we are proud to continue our long-standing relationship with one of the most important single-seater championships in the world.”

Formula 1 superstars such as Ayrton Senna, Nigel Mansell, Jenson Button, Damon Hill, David Coulthard, Mika Hakkinen and many more have used Avon Tyres during their British Formula 3 careers, and was evidently enough for FK Diamonds to go out of their way to celebrate.

“The process of setting the diamonds was certainly a little different from what we are used to doing.” Freddie Keeble, owner of FK Diamonds said, before explaining that Keeble used a Cooper logo template to place the diamonds within, then stuck each jewel to the tyres individually. 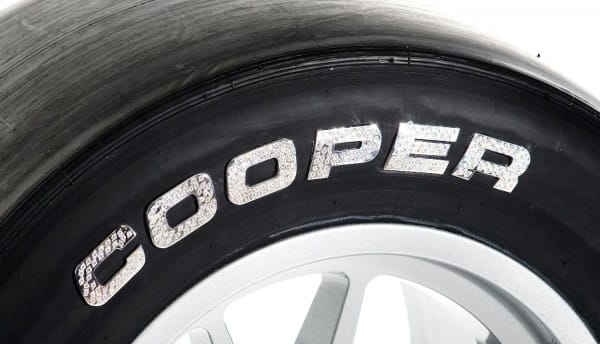 The company also released a ‘Making Of’ Video, which you can watch here.