The TCF Team Pick – Race Of The Year

Nine winners of 2011, and tributes to two who lost their lives aiming to join them

The twelve months of 2011 have been twelve months of contrasts, packed with the highest of highs and the lowest of lows. As the writers of The Checkered Flag continue to look back on the year they pick their ‘Race of the Year’, inlcuding a GT race decided on the final lap,  an endurance race to convert the unconvinced and a Grand Prix that became an endurance race – at least for spectators.

GP3 Nurburgring Race 1
Lewis Williamson had been set to become GP3’s first two-time winner of 2011 with his second consecutive victory after his Arden teammate Mitch Evans had received a drive-through penalty. But then the rain came down with just a few laps to go. Rio Haryanto quickly reeled Williamson in, taking the lead when the Scot ran wide at Turn 1. The lead then changed hands between the pair twice more over the following corners, before Valtteri Bottas caught and passed Williamson and chased after Haryanto. The Indonesian would hold on for a fine win, while Williamson would regain second from Bottas before the finish.

Canadian Grand Prix
The Canadian Grand Prix was an epic race. It was the longest in F1 history – mainly thanks to a rain delay of over two hours in the middle of the race – but when the cars were on track there was not a dull moment. There were collisions between frontrunners, mistakes from champions, fantastic overtaking manoeuvres, an excellent drive from Regenmeister Michael Schumacher and, of course, the victory that Jenson Button described as the best of his career. Other F1 races came close to matching this one – China, Monaco and Hungary spring to mind – but nothing was quite as gripping as that June afternoon in Montreal.

Formula Renault 3.5 at the Nurburgring
Given that the Canadian Grand Prix is probably going to be the most popular choice, I have gone for something less ingrained in the minds of the public. For me, and perhaps I am little biased given I cover the category, Race One in the Formula Renault 3.5 event at the Nurburgring was scintillating, as Robert Wickens and Daniel Ricciardo battled for victory in intermittent conditions from the very first lap. The Canadian won it by a nose and courtesy of Eurosport, here is the link to the highlights of that wonderful race:

British GT, Snetterton
You cannot talk about races without mentioning the 24 Hours of Le Mans – that was pure fairy tale. However, the two hour Avon Tyres British GT race at Snetterton was the most impossibly twisting event of the year. Matt Bell and Michael Guasch won United Autosports‘ first ever race by leading just the final lap and after serving two penalties. Glynn Geddie almost wins the race in the pits, Matt Griffin hit a spinning backmarker while battling for the lead, the two Porsches hit each other early on in the rain and the GT4 winner came back from the longest stop-go penalty I can ever remember – 1:11. 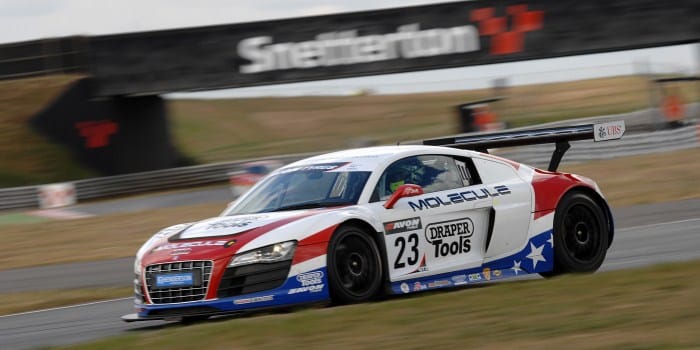 Bathurst 1000
For me it has to be Bathurst. Call me predictable, but this race is anything but! It had everything – drama, heartache, crashes, breakdowns and even a terrifying fuel fire. But after 161 laps around this perilous mountain and almost six and a half hours of driving, it was an epic, down to the wire battle between Craig Lowndes and Garth Tander racing for everything they had. Over the final 20 laps, Lowndes stormed through from fourth carving chunks of out of Tander’s lead to just half a second going into the last lap. Tander did brilliantly to survive the onslaught and the difference between winning and losing the 2011 Bathurst 1000 came down to just 0.292 seconds!

Macau GP
When open-wheel champions from all corners of the globe were set to go wheel-to-wheel for the 58th Macau GP, it promised much, and didn’t disappoint. After a furiously paced 4-way scrap for the lead fought with slipstreaming and heavy braking – jubilant opportunist Daniel Juncadella took the win with Marco Wittmann in 3rd (the early leader and certainly the moral victor having dropped down the order after a late safety car). With British F3 champ Felipe Nasr in 2nd, a podium rich with young talent served as a great book-end to the Formula 3 year.

24 Hours of Le Mans
For me the race of the year has to be the Le Mans 24 hour. Set to be another ding dong battle between the Peugeots and Audi with their new R18 car, it didn’t disappoint. After two huge accidents involving the Audi no.3 of Allan McNish and the no.1 of Mike Rockenfeller the German marque was left with what some would say was their weaker driver line up of Marcel Fassler, Andre Lotterer and Benoit Treluyer to bring home the sole remaining Audi. Up against the 3 factory backed Peugeot 908’s and the privateer Oreca 908 they certainly showed their true ability and maturity in the face of some quite remarkable and dangerous tactics from the French team to pressure the Audi into a mistake. With seconds splitting the front running Audi and the Bourdais, Lamy and Pegenaud Peugeot in second place the finishing margin after 24 hours of racing was just 13.8s. Those who think endurance racing is boring should think again.

The Audi R18 of Andre Lotterer, Marcel Fassler and Benoit Treluyer, winners of this year’s 24 Hours of Le Mans, photographer Chris Gurton’s race of the year

Race Of The Year – Ford 400, Homestead-Miami Speedway
This is easy easy. From the moment the flag dropped, eventual champion Tony Stewart was absolutely on it and taking the challenge to Carl Edwards, with Stewart winning by a second. Thankfully, there was no nonsense, no ridiculous wrecking, no competition cautions and no TV-driven interruptions – just some of the hardest racing of the year. It was everything NASCAR could be if they just stopped screwing around with the package. The rain delays only ramped up the tension throughout. Brilliant stuff.

BTCC’s first Croft Race
My race of the year has to be the opening BTCC race at Croft. Mat Jackson produced one of his trademark drives through the field in changing conditions and after passing twelve cars, narrowly missed out on the win by 0.055 seconds to Matt Neal, a race that epitomised the entertainment of the BTCC.

Neal and Jackson race towards the checkered flag – Neal would win. Just.

Another race that will also last long in my memory is the Canadian Grand Prix. The longest race in Formula One history, it had it all, safety cars, a rain delay, Michael Schumacher nearly getting his first comeback podium, a rare Sebastian Vettel mistake and a superb Jenson Button drive through the field for the most unlikely of victories.

British Superbike Finale, Brands Hatch
My race of the year has to be the final race of the British Superbike 2011 season on the GP circuit at Brands Hatch. After a season of hard racing the championship comes down to the last race and was decided by just 0.006 seconds. The race itself was amazing to watch, especially the last lap where it so easily could have been either Hill or Hopkins; neither rider wanting to roll over and accept defeat. Eventually the Brit defeated the American in a fight that will go down in BSB folklore.

BSB Final Weekend: Race Three
Often, title deciders end in tears but the very last race of the British Superbike season saw Tommy Hill and John Hopkins race fair and square with everything on the line, producing the best lap of racing I’ve ever seen, bar none. The two swapped places six times on the last lap and Hill made it over the finish line six thousandths of a second ahead of Hopkins to win the championship. For sheer excitement and given what was at stake, nothing on two wheels came close this year.

Canadian Grand Prix
This was the most difficult accolade for me to chose this year, as this years motor sport season hasn’t really pulled me in as much as previous seasons. Thinking back throughout the year however, one race stood out to me. On my way back from spectating at Silverstone for the British MotoGP, I was witnessing reports on Twitter that the Canadian Grand Prix had been red flagged for around an hour. I almost hadn’t tuned in once I’d arrived home, but how glad I was I had.

Witnessing Jenson Button‘s surge through the field was a sight to behold. Despite various contacts throughout the race with team-mate Lewis Hamilton and Ferrari‘s Fernando Alonso, Button held onto the leading pack, and in drying conditions which he loves, he was able to set some blistering laps to catch Sebastian Vettel, and force the leader into making a mistake on the penultimate lap.

By Paolo Iantosca
2 Mins read
Williams F1 team announced that Jenson Button will be the Senior Advisor for 2021 and beyond.
IMSAIndyCarMotoGPNASCAR

By Justin Nguyen
4 Mins read
NBC plans to end NBCSN before the end of 2021. Motorsports like NASCAR, IndyCar, IMSA, and MotoGP, which have races on the network, will have to look for alternatives in the NBC family like USA Network.
British GT

By James Thompson
1 Mins read
SRO Motorsports have released the revised 2021 British GT calendar which now sees the series kicking off at Brands Hatch in May 22/23.