BMW Celebrates At Spiritual Home Before A New Challenge 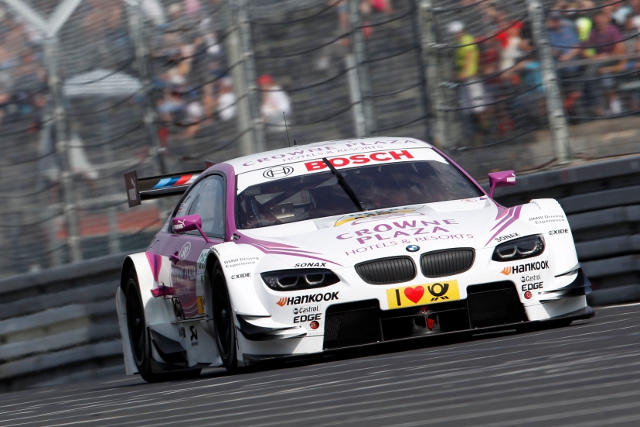 The Nurburgring and BMW have an extensive history, which will have a new chapter next week, which will coincide with a very special celebration for BMW Motorsport itself, with the 40th year of its initial creation. The six drivers representing BMW in the DTM, Martin Tomcyzk, Bruno Spengler, Joey Hand, Dirk Werner, Andy Priaulx and Augusto Farfus, will look to uphold the honour of the iconic M3, which has raced in multiple versions, and has won the Nurburgring 24 Hours 10 times out of the 19 victories BMW have secured at the track, simply known as the “Green Hell.”

Priaulx, in particular, just underlines really how important this race is for the Munich-based manufacturer, especially as he has raced around the Nordschleife itself, having won in 2005 in the 24 Hour race. The Guernsey driver is aware that there isn’t much time to “blow the cobwebs off“, as he puts it, but is hopeful of what could be a good race for the teams: “I think our car will be very strong there, and it is going to be nice to go back to a more contemporary race track. The Nurburgring is going to be a bit more about getting the set-up absolutely spot on. I am looking forward to it. Hopefully we can build on the result from the Norisring and keep the car near the front.”

Racing fans, who have a true appreciation for the history BMW has at the Eifel track, will be able to see some of the iconic collection of cars that have raced there, including the Group 5 320 from 1977, two BMW M1s, the 1987 M3 DTM and the 1995 320i STW, which will bring back fond memories for those who have seen these cars race, but will also be able to usher in the next generation, as the V8-powered M3 DTM looks to bring glory once again.

BMW also has a noticable presence via the work that goes into developing the road-going M cars that BMW M GmbH sells to the general public, with the cars receiving their ultimate test, courtesy of the M Test Centre, as well as famed racer Sabine Schmitz taking people around the famed track in the infamous M5 “RingTaxi” until last year. So in respect of the celebrations of the brand’s acheivements, all drivers will have a logo on their overalls, bearing the words “40 Years of BMW M“.

Tomcyzk, who has experienced victory twice before in 2007 and 2009, is looking to secure his third next week, but would have preferred to race straight after the Show Event in Munich. But the defending champion is hopeful of further success with BMW: “Team RMG and I have found a great rhythm and our performances are improving dramatically. I stood on the podium in Spielberg and at the Norisring, having finished runner-up in the last two races. That gives you a great hunger to be celebrating on the top step before too long.”

The Bavarian’s team-mate, American Joey Hand, is relishing the challenge of the track itself, even though it is his first time racing here, but is aware of the significance for Team RMG itself: “This will be the home race for Team RMG, so it’s going to be a trult special event for my boss Stefan Reinhold and everyone in the team. I would really love to score a good result there. Everyone would say: I want to go there. I cannot wait for the weekend to begin.”

Motorsport Director Jens Marquardt realises that this new beginning for BMW at this track is a challenge, but is somewhat nostalgic on how BMW’s past may help its future, but hopes that with the way the M3 DTM adapts to the different tracks, it may not be as difficult to achieve good results: “The BMW M3 DTM is entering unchartered waters at the Nurburgring. However, we have enjoyed great success at this venue with many other BMW racing cars.

“We can look back on a long history of success in the “Green Hell”, which includes eight DTM wins between 1984 and 1992, 19 triumphs at the 24-hour race, and many other victories. We are determined to put on another good show there in our DTM comeback season.”

When the teams converge to a track that is currently suffering with financial troubles behind the scenes, it looks to be another exciting chapter in the new era of DTM, with Munich’s finest looking to make a distinctive impression when the lights go out on race day.

BMW take their first DTM win of the season at Lausitzring

By Ben Carr
1 Mins read
Nico Müller wins from pole in the second race of DTM’s opening weekend at the Portimão Circuit.