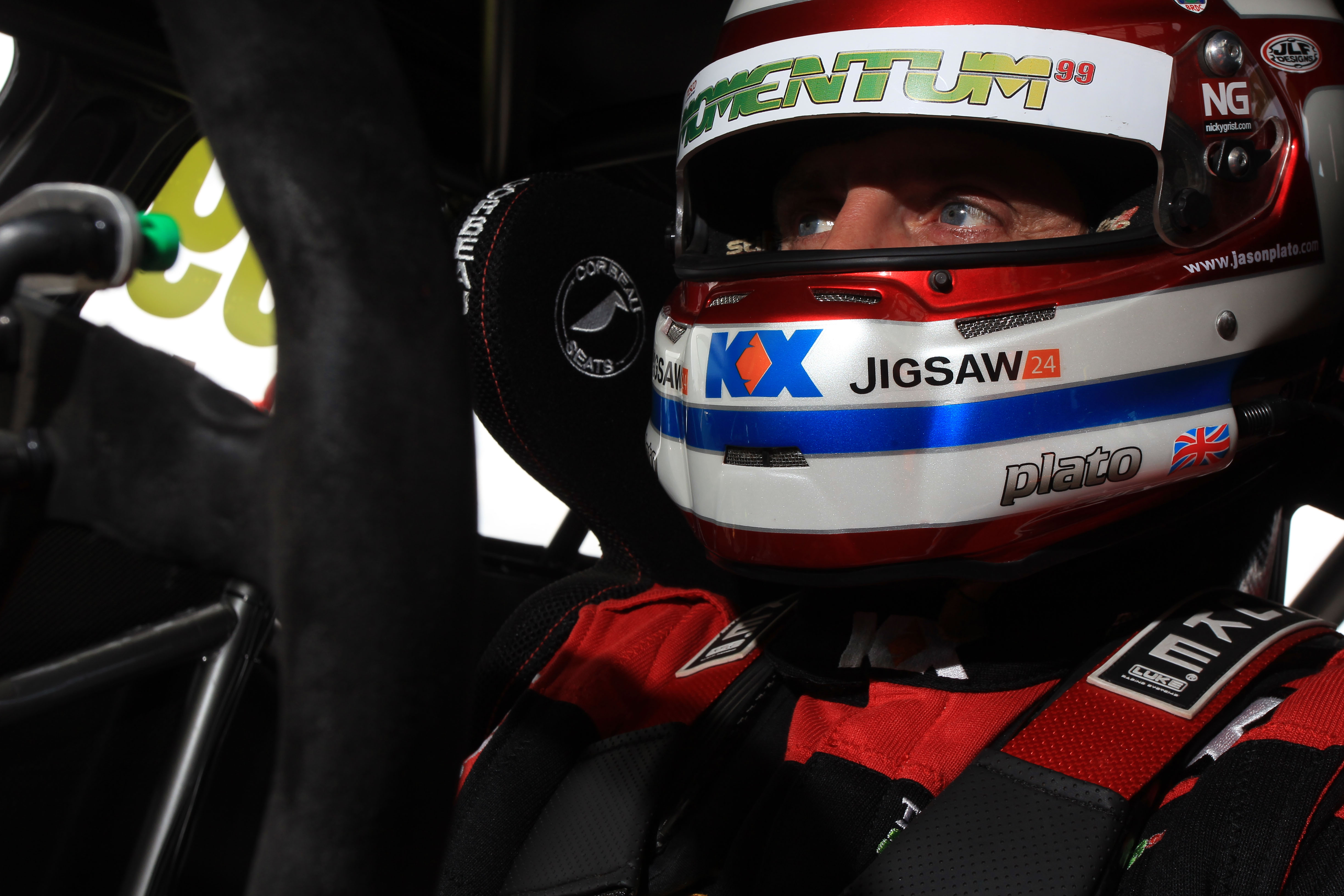 Plato was quick to assume control of the session, dipping under the lap record early on with a 1m24.135 but Jordan set the tone for the remainder by closing within 0.191s on a 1:24:326s.

The Honda Yuasa Racing pair were quiet for the majority of free practice one but quickly made their mark. Gordon Shedden stole top spot with his 1m23.722 – the first man beneath 1m24 – but could not improve further. Meanwhile, championship leader Matt Neal spent most of the session at the bottom of the timesheets, racking up several laps but without a time to his name, though with ten minutes to go popped up into third place – while Ollie Jackson‘s session ended early as his Golf was pushed into the garage with a problem.

The NGTC cars looked very strong, holding nine of the top ten positions, but Aron Smith, in his S2000 Ford Focus, moved ahead of Redstone Racing stable-mate Mat Jackson in the new car. The BMWs, so dominant at Knockhill, failed to threaten, languishing outside the top ten – although Rob Collard featured slightly further up early on. Dave Newsham, twice a winner now in the BTCC, also struggled, nearly three seconds off the pace.

As the flag fell, Plato headed Shedden and Neal, with Jeff Smith surprising by nipping in ahead of teammate Jordan right at the end of the session. Andy Neate, Aron Smith, Mat Jackson, Frank Wrathall and Rob Collard completed the top ten.

By Ben Carr
1 Mins read
17-year-old Oeverhaus will be the youngest ever DTM driver at the next round at the Nürburgring.
BTCC

By Samuel Gill
3 Mins read
Colin Turkington heads into his 500th race start with two wins from two in another commanding BTCC race win at Snetterton, Ash Sutton starts on pole for the reverse grid.