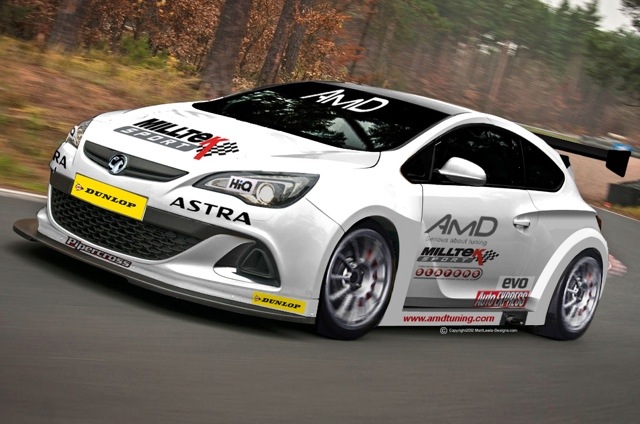 The West Thurrock-based team has run a S2000-spec Volkswagen Golf for three seasons and will continue with the Golf this season for part of the campaign or in full in the Jack Sears Trophy.

However, team boss Shaun Hollamby confirmed the team wants to have a NGTC-spec Astra on-track mid-way through this campaign.

“When I first saw the Astra I thought it would make a fantastic BTCC car and I’m excited about this new programme,” he said. “The Astra is a good size with strong aerodynamics and fits well into the regulations, which seem to favour the smaller and more nimble cars.

“While we have been thinking about this move for some time, the fact that the programme has come together now means we will focus on developing the Astra for the second half of the season, giving us the chance to build the car and do some testing before giving it its race debut.”

The team is yet to confirm who will drive the Golf and/or the Astra, with Hollamby expressing an interest in keeping existing driver Ollie Jackson. However, he did not rule out replacing him, or bringing in a second driver to keep the Golf in for the full season.

“We are talking with Ollie Jackson and would love to keep him onboard as he did a great job last year and showed that he deserves his place in the BTCC.” he continued. “But we are also interested in speaking to other drivers who are interested in competing in the series this season.

“While our plan at the moment is to start the year with the Golf before introducing the Astra, we could run the Volkswagen for the full season if the right driver comes along who wants to compete for the Jack Sears Trophy. With the reduced boost levels that the S2000 cars will run to, it will be a competitive package for a driver who doesn’t quite have the budget to go with an NGTC programme.

“With that in mind, there are various options for us to explore on the driver front and we will make an announcement in due course when the final decisions have been made.”