Audi Paints The Square “Red” In Moscow With DTM Fever 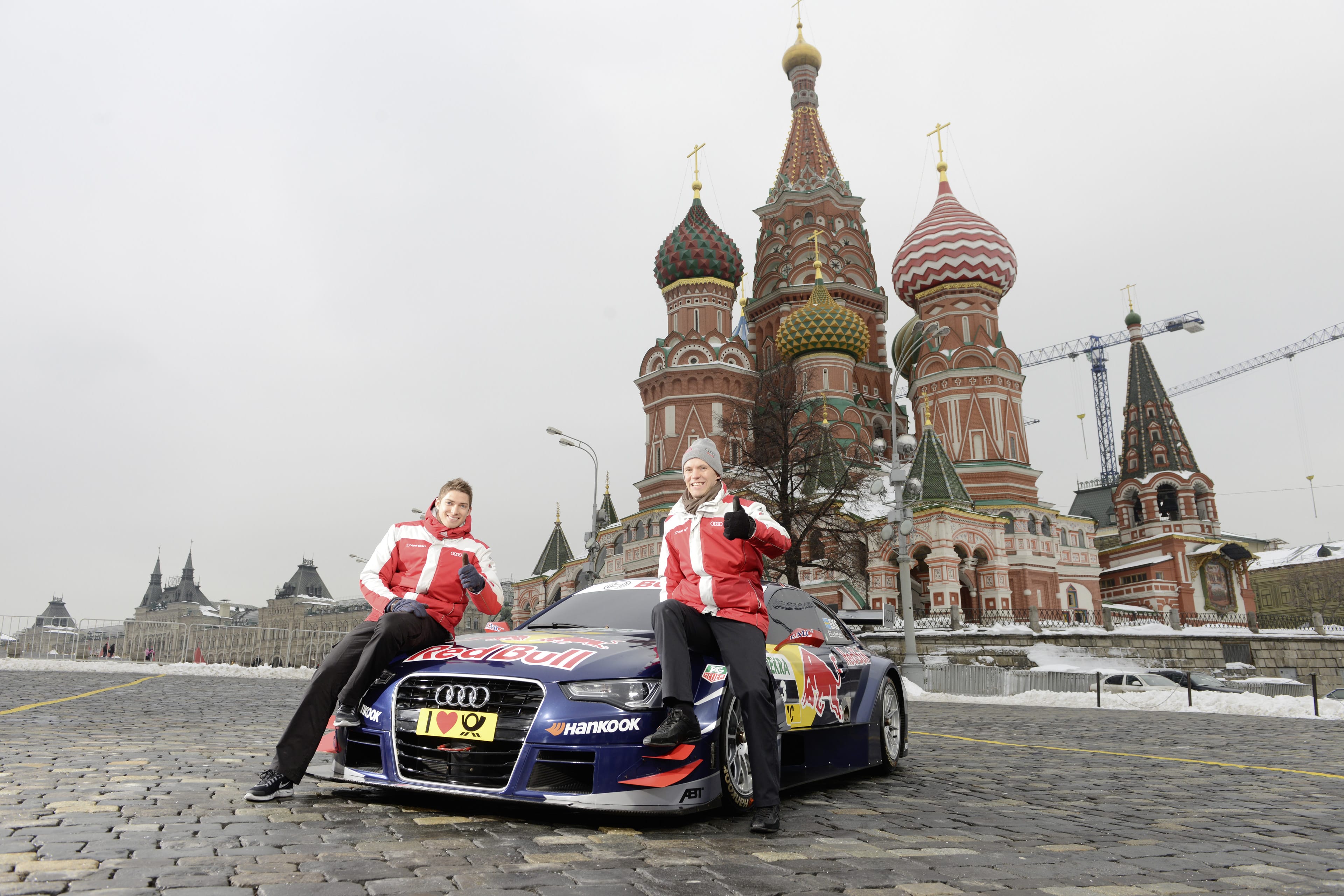 In the first time in the DTM’s illustrious history, it enters new surroundings for the 2013 season, with the “Four Rings” being the only brand to visit the Russian capital just six months before the inaugural race for the most internationally-recognized Touring Car series gets underway at the Moscow Speedway this coming August.

The excitement for Audi is clearly two-fold, as all the pieces are in place for the race to happen, but the sign of seeing Audi as a status symbol within the Russian community is clearly reflected in the surge of car sales in the area, showing an increase of 44.1% last year, which was where the Ingolstadt manufacturer recorded its highest growth increase for 2012.

To make it more entertaining for the crowds and general public in the area, Audi sent out three of its DTM starts: 2-time champion Mattias Ekstrom, 2012 double race winner Edoardo Mortara and the Audi A5 DTM itself. This was part of a merging of events including an Audi official press conference & photo shoot in the Red Square, to cause enough general enthusiasm for the series to cause a stir in the capital.

Dr. Wolfgang Ullrich, Head of Audi Motorsport, was also in attendance, and said it was a “decisive step for the DTM,” with the Moscow round being a part of the calendar: “It’s a great opportunity to present ourselves in an important market with an affinity for motorsport.”

Ekstrom was on his first visit to Russia, and really enjoyed the crowds’ enthusiasm, and always likes finding out about new countries and cultures: “Right after the first day here in Moscow I’m convinced that it has been a very good decision to hold a race here. I can hardly wait to return in August.”

Mortara is looking ahead to the challenge of the new track, even though none of the drivers have been to Moscow Speedway yet, but he says it looks to be a Russian action-packed affair later this year: “I think the spectators can expect quite a bit on track and of course off track as well. I’m very excited about the DTM’s first visit to Russia.”

Head of Audi Russia, Elena Smirnova, is just as passionate and excited as the DTM drivers on hand, as motorsport is on the rise in Russia now, with tracks being constructed in the region:” The fans of Audi here are looking forward to the beginning of the DTM series’ new season. They will be able to cheer for our drivers, personally attending the stage at Moscow Raceway for the first time. Russia is one of the top ten markets for Audi, so today, a few months before the championship gets to our country, we are pleased to introduce the Audi A5 DTM to our fans.”

So who will draw first blood in Russia in August? It’s only a matter of time before we find out…