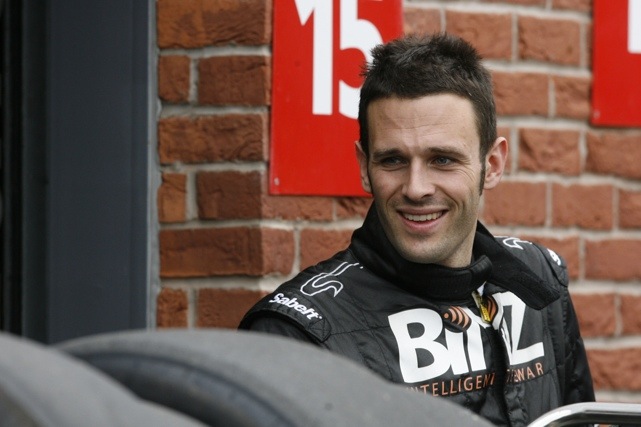 Lea Wood will sample a Speedworks Motorsport Toyota Avensis for a second time after joining the team in Portugal for its first pre-season test.

The 28-year-old tested with Speedworks back in November and will fly out to Portugal on Monday for the two-day test at the Portimao circuit.

Dave Newsham, who tested alongside Wood in November and is confirmed with the team for 2013, will also be in action having carried out a shakedown of both Speedworks cars at Blyton last week.

With Paul O’Neill announcing he will not, as was expected, partner Newsham this campaign it puts Wood, who finished 14th in the championship standings last year with a best result of fifth place at Oulton Park, in pole position to land the second seat.

“I had the chance to test with Speedworks last year and it went well, so it’s good to have the opportunity to go to Portugal and spend more time with them this week,” he told Toyota BTCC’ Facebook page. “This season, I’d really like to get into a NGTC car and have been talking to the team about possibly doing a deal, so it’s a no-brainer for me to take up the opportunity to go and spend two days behind the wheel.

“As it was very cold when we tested at Donington, I’m looking forward to seeing what the Toyota can do in better weather conditions and hopefully I can give the team some good feedback on the car that will help them for the season ahead.

Speedworks boss Christian Dick said the decision over Newsham’s teammate had not been made, and that despite Wood joining them in Portugal, the former Vauxhall Vectra pilot was not guaranteed a place in the team.

“Lea is one of the drivers we are speaking to about the second car, but as ever, it is down to budget,” he added. “However, when it comes to the test this week, we have two cars and it would have made no sense to leave one back at base and only bring Dave’s car out to Portugal; we need them both on track to maximise the time we have available to us.

“We’re looking forward to having him onboard for a few days and we’ll see what happens beyond that.”

By Melissa Chappelhow
2 Mins read
Following the buzz of Ricciardo’s podium in Germany, the Portuguese Grand Prix presented Renault DP World F1 Team with crucial learning for the remainder of the 2020 season, if they are to remain in the battle for third in the Constructors’ Championship.
Other