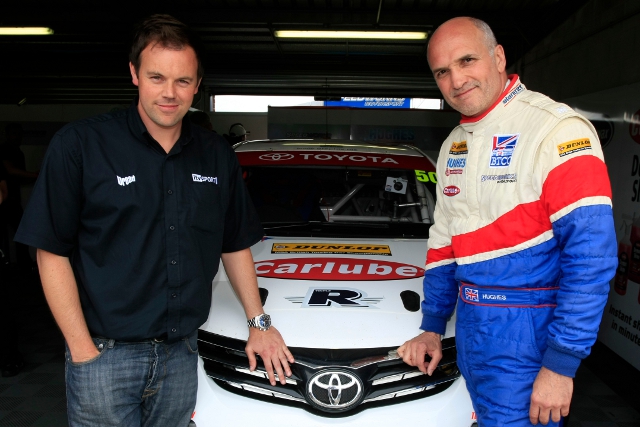 Fan favourite Paul O’Neill will not be present on the 2013 British Touring Car Championship grid, he announced this evening (Friday).

The popular racer, who combined a new role behind the camera as part of ITV’s coverage of the series in 2012 with two appearances for Speedworks Motorsport, broke the news on his personal Twitter account.

Despite the “tireless” efforts of the team and their ex-driver Tony Hughes, O’Neill said: “Unfortunately it’s a bridge too far with the bar and we have decided to find other avenues with our plans.

“I’m humbled by all the support from you guys but please take it from [email protected] have opened my eyes on how great BTCC can be..” 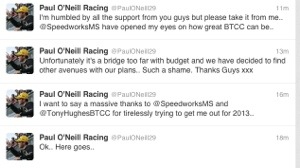