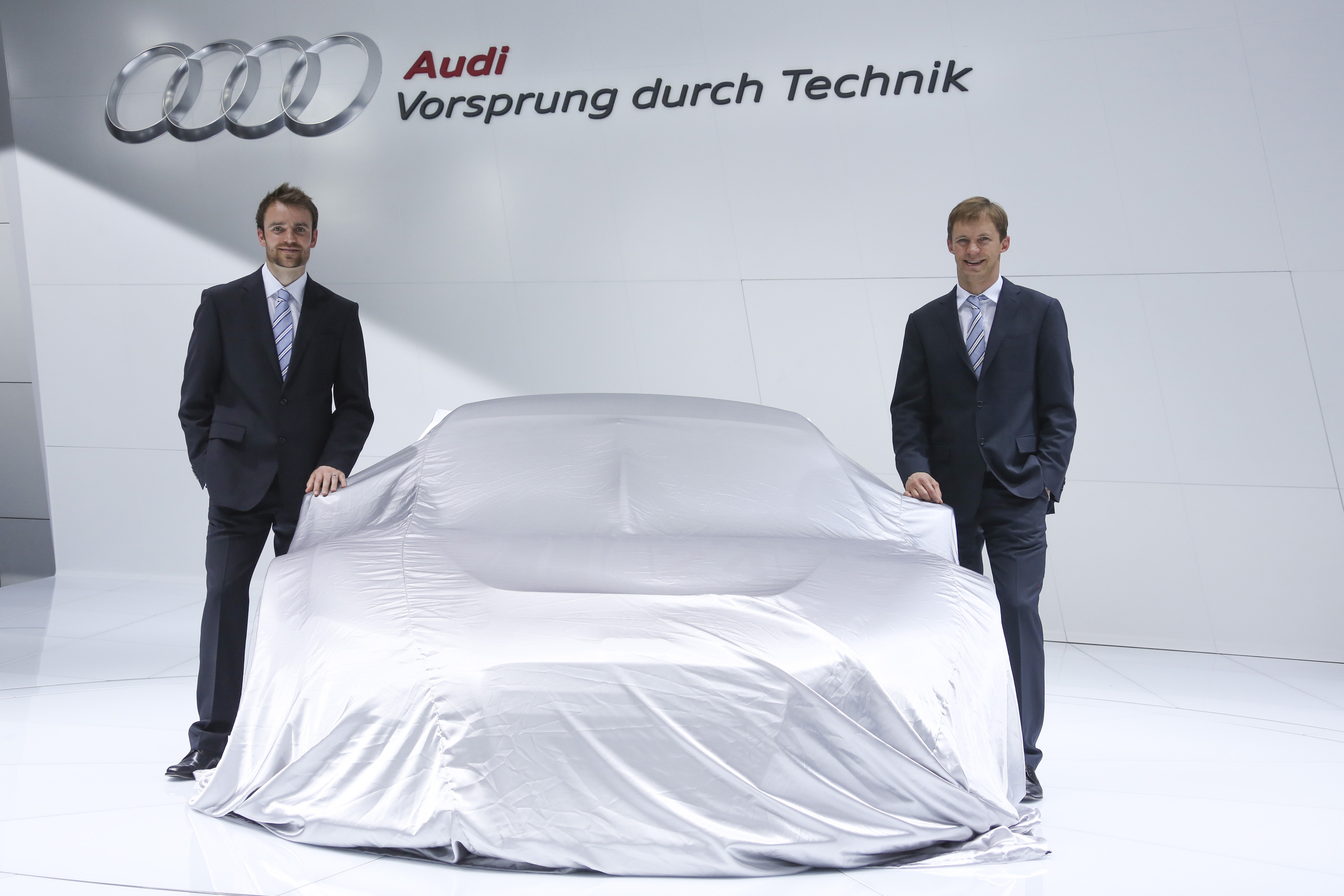 The Geneva International Motor Show was the scene where both Technical Development Board Member, Wolfgang Dürheimer, and Head of Audi Motorsport, Dr. Wolfgang Ullrich, unveiled to the world the latest DTM evolution on the “New-Era” DTM car, the RS 5 DTM, as well as having Abt Sportsline teammates Jamie Green and Mattias Ekstrom there to take the wraps of the new car.

Since the final lap of the 2012 season was completed, the teams knew that the technical regulations were frozen for 2013. This, however, has not stopped Ingolstadt’s continual pursuit of “Vorsprung durch Technik,” as the DTM teams have been hard at work, trying to optimise as much of the car that they can, with the technicians providing much of the impetus to move forward in the race to be the best, according to Dr. Ullrich.

Motorsport is integral to Audi’s DNA, as the technology with series like the DTM can be clearly seen in new models that have downsized engine capacities and lightweight body constructions, such as the newly unveiled RS6 Avant, as Dürheimer explained the benefits: “At the end of the day, our customers benefit from the victories on the racetracks, because we attach great value to technology transfer between motorsport and production.”

The new name for the 2013 DTM challenger is clearly a direct link with the most successful Audi production models, as Dr.Ullrich summarised: “The performance data of the current RS 5 and RS 5 DTM are very similar. This is why we are of the opinion that both fit perfectly to one another.”

Green was given the honour of driving the car he will compete in for the new season onto the presentation stage, as he is currently considered as one of the fastest drivers of the modern era of the DTM. “I already feel at home here at Audi and can hardly wait to contest my first DTM race for the four rings,” said the 30-year-old from Leicester.

The partnership between both Ekstrom and Green is the most successful in the current DTM era, with two titles and 25 race wins between them.  The line ups for Team Abt, Team Phoenix and Team Rosberg remain the same as last season, ensuring a team effort with increasing continuity, who look to go for the titles, and snatch them from the clutches of both BMW and Mercedes-Benz.

The RS 5 DTM roars onto the track for the first time in anger at the upcoming Barcelona and Hockenheim tests, before the wheels lay down rubber in anger when racing starts on May 5th. The DTM-Era just got that little bit more exciting for 2013…